With ‘Lalisa,’ Blackpink’s Brightest Star Steps Into the Spotlight 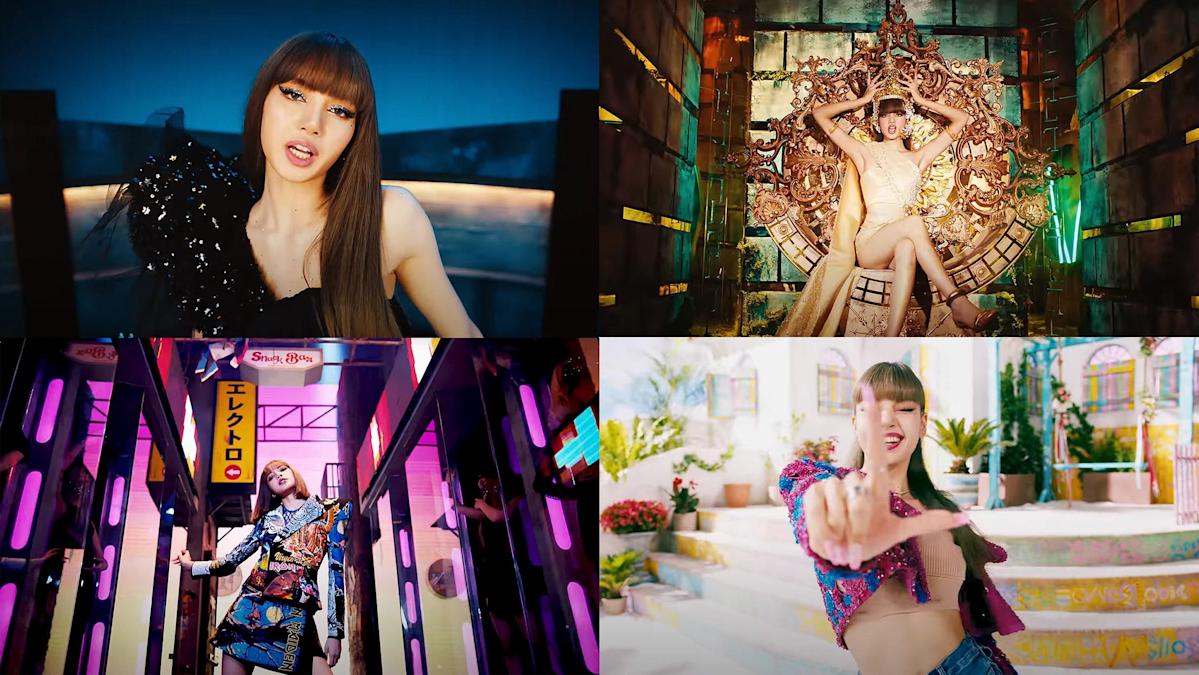 2021 has been a year of hotly anticipated music releases, but few have been as eventful as the debut single from BlackPink wordsmith , Lalisa Manoban aka Lisa. As one-fourth of the world’s biggest girl group, Lisa has broken barriers for K-Pop performers, but stepping into her own with new music meant reintroducing herself to the world. “2021 has felt like fate, like destiny,” she shared via email. “Releasing my long-awaited first solo album was truly a dream come true. I don’t think I can ever forget that. I was excited and nervous; I wanted to show who I am as an artist, as well as share the exact message that ‘Lalisa’ carries.”

The song takes the confident, playful persona she’s been known for since her days as a YG Entertainment trainee and sets it to music with lyrics like “being the greatest of all time ain’t a fantasy.” Originally from Buriram, Thailand, she incorporated elements of her heritage into the sound. “My ideas are reflected in the album, from the Thai-style melody line within the song to the music video sets, styling, album design, and choreography,” says Lisa. “I actively participated throughout the entire process, [so] personally it was an extraordinary experience. I worked hard just imagining the day I would get to showcase it and enjoy it with all my fans.”

Instantly viral—it has racked up 110 million streams since being released—the single currently sits atop Spotify’s charts and has been warmly received by critics and the “BLINKs,” BlackPink’s army of fans. Thanks to Spotify and social media, Lisa has been able to see the responses in real-time. “It’s cool to be able to directly see and hear what my fans like and are currently listening to,” says Lisa. “It also feels like we’ve become closer since we’re all sharing something that we enjoy through the platform. If this album brought joy to our BLINKs, then I couldn’t be more grateful. They’re the reason my music has received so much love and support.” Thanks to their devotion, Lisa now sits atop the Today’s Top Hits playlist, next to superstars like Dua Lipa and Adele. “I’m honored to have my name alongside such amazing artists,” says Lisa. “[Spotify] is so helpful for catching up with global music trends. You get inspired through all the diverse music you get to see at just a glance.”

For Lisa, variety is essential in music and fashion. That style philosophy is on full display in the music video for ‘Lalisa,’ where she switches outfits fourteen times. Amongst the gems that feature onscreen are pieces from John Paul Gaultier, Alexander Vauthier and Vivienne Westwood. There is also golden tribute to Thai traditional dress; Lisa's custom cape top and mini-skirt by Asava designer Polpat Asavaprapha worn with a chada-inspired headdress by Prapakas Angsusingha and jasmine ear-cuffs created by designer Sarran Youkongdee of Saraan was a bonafide moment. “Fashion and I are inseparable,” says Lisa. “It’s important to me because fashion—along with music—is my way of expressing myself. I get inspired by the various styles, and I’ve learned to be confident [in my choices]. And also, it’s just fun!”

The melange of influences represented in the four-minute clip and her electric off-duty wardrobe connects with how she consumes fashion. Lisa pays close attention, whether she’s browsing online, flipping through magazines, or seated in the front row during Paris Fashion Week. “Fashion reflects contemporary culture and trends of the times, so I try to keep up to date,” she says. “I [wanted] to broaden my horizons by trying out as many different kinds of concepts as possible and show the sides of ‘Lisa’ that people haven’t really seen before.”

Experimentation resulted in dynamic looks on-screen and off-duty. Her personal style caught the attention of Hedi Slimane, who tapped her for the role of brand ambassador at Celine in September of 2020. “[This time] I did go for some bolder visual direction in my styling, experimenting with styles that I’ve wanted to try,” says Lisa. “Not only with the clothes, but also with my hair, makeup, and nails.”

With the video and single both racking up millions of streams, Lisa’s laying the foundations for an impressive solo career. Still, she’s not overly concerned with hitting milestones or winning awards. “Rather than focusing on those kinds of records and achievements, I just hope that the message my music carries can reach and touch many people,” she says, crediting her team and fellow BlackPink members for the role they’ve played in her solo success. “I could never have come this far on my own,” she says. “It’s the many lessons I’ve learned through [our] albums and help I received from numerous staff and team members, and the loving support of my fans; it’s thanks to all these things that so many people now recognize who I am as an artist. It makes me want to work towards bringing something new to the table in the future.”

With the music video for 'SG' her collaboration with DJ Snake and Megan Thee Stallion premiering today and a collection with MAC Cosmetics launching this December, Lisa has plenty on her plate. Still, she’s ready for whatever is on the horizon. “I’m looking forward to who I’ll become in the future,” she says. “I’ve started to think about what other aspects of myself I’d eventually like to show everyone. I think I will have to work even harder, especially with this fresh energy I received from my fans. I hope to continue to create positive energy and become an artist they’re proud of.”