This Fall, I’m Embracing ’90s Minimalism With This Closet Staple 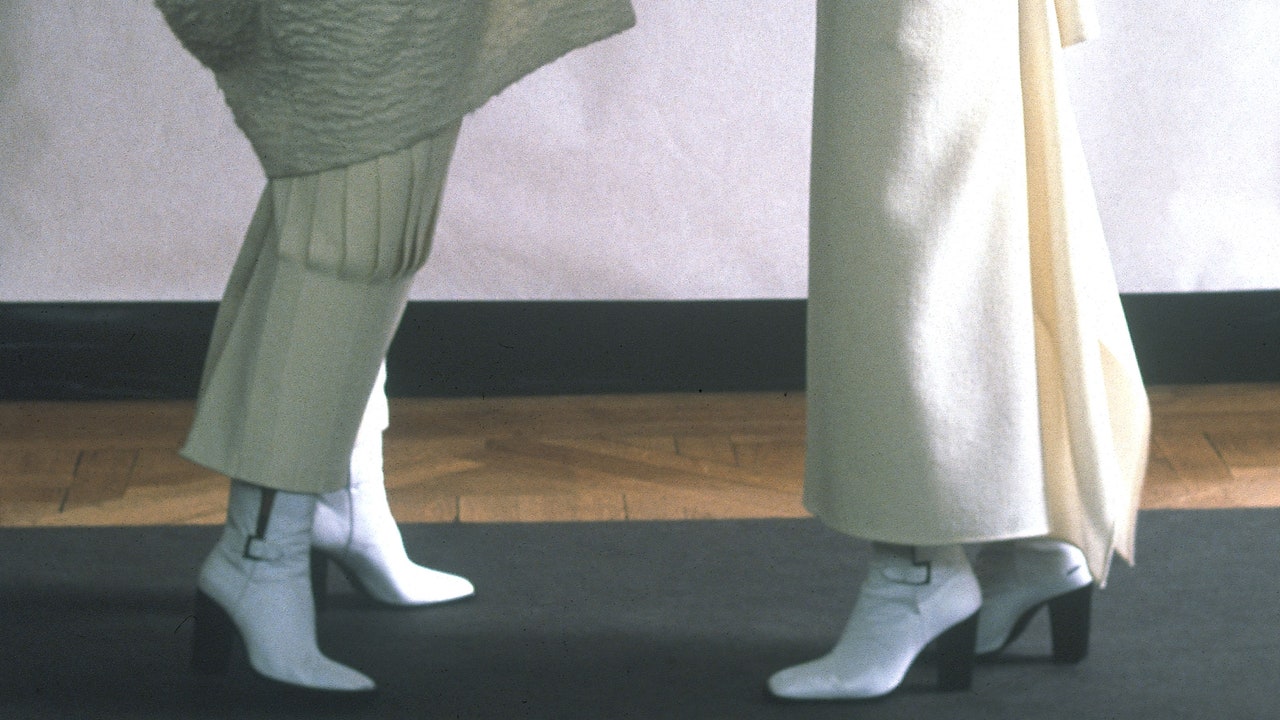 Consider this a formal apology to the maxiskirt: I’m sorry I’ve maligned you all these years. Truth is, growing up in Texas in the late 2000s, I had just seen too many bad takes on the style. Remember those billowing turquoise-and-coral chevron maxiskirts? Paired with a chambray shirt and—of course—a chunky statement necklace? I even wore a white-and-blue striped maxiskirt for my senior portraits, making the bold decision to wear it with a blue-and-white striped Ralph Lauren polo shirt. So I hope you understand why it took a long time to regain an appreciation for the look of the ankle-length skirt.

But I’ve succeeded in replacing it with another, more sophisticated image: specifically, Stella Tennant in an ad campaign for Jil Sander in spring 1997. In the black-and-white campaign, she wears a tee I assume is gray and a black maxiskirt that hugs her backside and thighs just so to create an elegant curve. The ensemble is punctuated by kitten heels and slicked-back, boyish hair. It’s the antithesis of the loud maxiskirts of the 2010s; it’s so quietly elegant it’s almost painful.

This style was popular in the mid to late 1990s, when simplicity reigned supreme. Of course it made an appearance at Jil Sander (search “90s minimalism” on Pinterest, and you’ll likely find Tennant in the first 10 scrolls) and also at Chanel in fall 1998, Prada in spring 1997, and again at Jil Sander in fall 2002. Our Lady of ’90s Minimalism, Carolyn Bessette Kennedy, was partial to long, mid-calf, or ankle-length skirts. Who can forget the image of her in a full-length black Calvin Klein skirt with a white Yohji Yamamoto oxford top? I can’t, and it’s enough to erase the memory of coral-colored chevrons.

Not all of these are knit maxiskirts, but I find that fabrication to be the best bet when channeling this particular mood. They’re comfortable and formfitting in all the right places and can work for a lot of different occasions. Years ago, I stopped by the wonderful (and now sadly defunct) boutique Anthom in SoHo and tried on a black knit maxiskirt from Mijeong Park that hit just at my ankles. It hugged every curve beautifully and flared out just right from my knees to make a kind of trumpet-like silhouette. Worn with a T-shirt and a pair of sneakers, I felt like a personalized version of the late Tennant in those Jil Sander ads.

This fall it’s become my foolproof outfit formula. A basic black style is sexy enough on its own for me—Mijeong Park no longer makes my particular style, but this Aya Muse version is quite similar. Should you want something a bit hotter, there are options on the market that have extreme leg slits (Simon Miller) or midriff floss (Christopher Esber). Worn with a corset and chunky flatforms, it’s ready for a night out. Worn with a chunky sweater, I feel like Meg Ryan in You’ve Got Mail. Okay, she didn’t technically wear a formfitting knit maxi, but I think it fits the vibe of an Upper West Side small-bookstore owner. Only instead of going from enemies to lovers with Tom Hanks, I’m extending the olive branch to maxiskirts. Shop some of my favorites below.