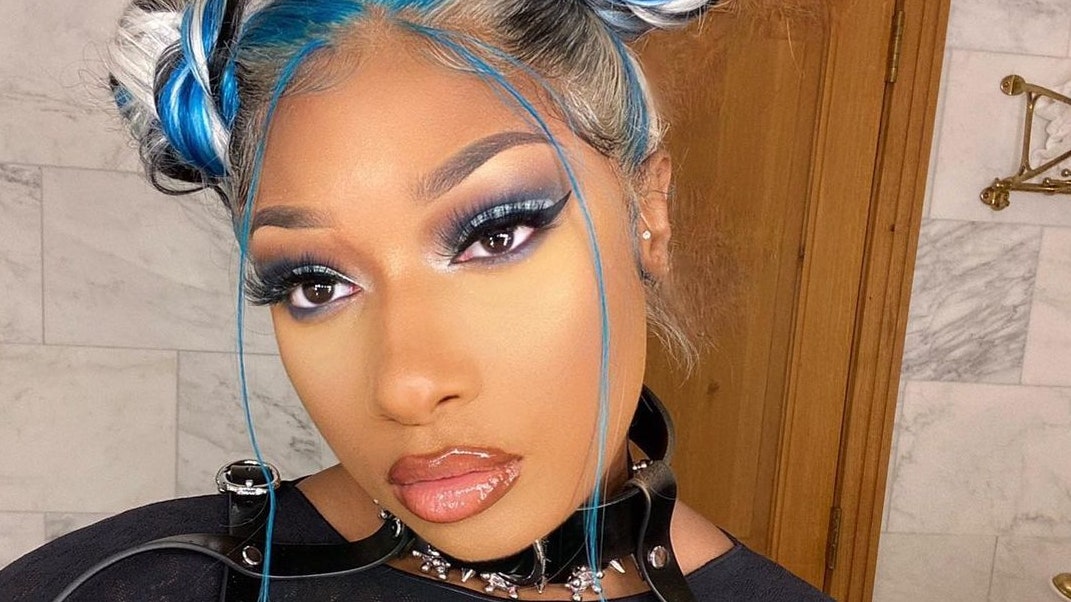 Ombre lips, frosted eyeshadow, space buns and thin brows have all become part of our lockdown lexicon. On Instagram, Depop and TikTok, you don’t have to scroll far to find beauty references from the late 1990s to the early 2000s — #Y2K has racked up 1.6bn views on the latter alone.

Even celebrities are getting in on the trend. Earlier this year, Lizzo wore Y2K hair clips to the Grammy Awards, while Megan Thee Stallion was recently seen sporting ombre lips and space buns. Elsewhere, Barbie Ferreira and Dua Lipa were spotted wearing colourful eye shadow in shades of mellow green and frosted lilac, while Bella Hadid has become the Y2K poster girl with her thin brows and spiky updos.

“I’m always inspired by the 1990s and the 2000s when it comes to Megan Thee Stallion — we reference it so much,” says makeup artist Priscilla Ono, who created the WAP singer’s Grammys look featuring high-gloss lips and hair piled up with strands coming down at the front (very prom girl circa 2000). “I wanted to stay true to her look while giving her fresh, red-carpet glam. I went neutral with her eyes, but kept a full ‘Megan’ lash. Also, she can’t go anywhere without her lip liner, so I kept the centre [of her lips] the perfect nude-brown for her skin tone.”

‍How do you style the Y2K beauty trend?

Defining the Y2K beauty aesthetic is easy: it’s about taking a light-hearted and fun approach. There’s less focus on heavy contouring and perfection, and more on colour, cute details and playful texture. When it comes to nails, expect a renaissance of the French manicure, designer logos and extra embellishment.

For hair, it means claw clips and mini pigtails, with plenty of swept-up ends sticking out. Over the past year, when hairdressers could safely open, hair colourist Aura Friedman from Sally Hershberger Salons saw a rise in client requests for colourful streaks and chunky highlights. “I’ve been applying chunkier highlights, which is a departure from the whisper-thin balayage that was popular,” she says. “Coloured highlights are also having a moment, and there’s lots of room to play with them in terms of pigment and placement.”

As for make-up, think pale pinks and baby blues, high-gloss lips and thinner brows. Model and Byredo make-up ambassador Princess Gollum is a key proponent of the style. “When I think of Y2K beauty, I think of bright-white eyes – not just on the lid, but all around – lip gloss, lipstick, metallic lips, lip liner, rosy-pink cheeks, smudgy sparkly eyes, thin brows and streaky hair. Also, metallic-blue eyeshadow with a red lip. Such a classic.” For her own look, the model has been obsessively using Byredo’s Purple Stinger Colour Stick. “This colour screams Noughties to me,” she adds. 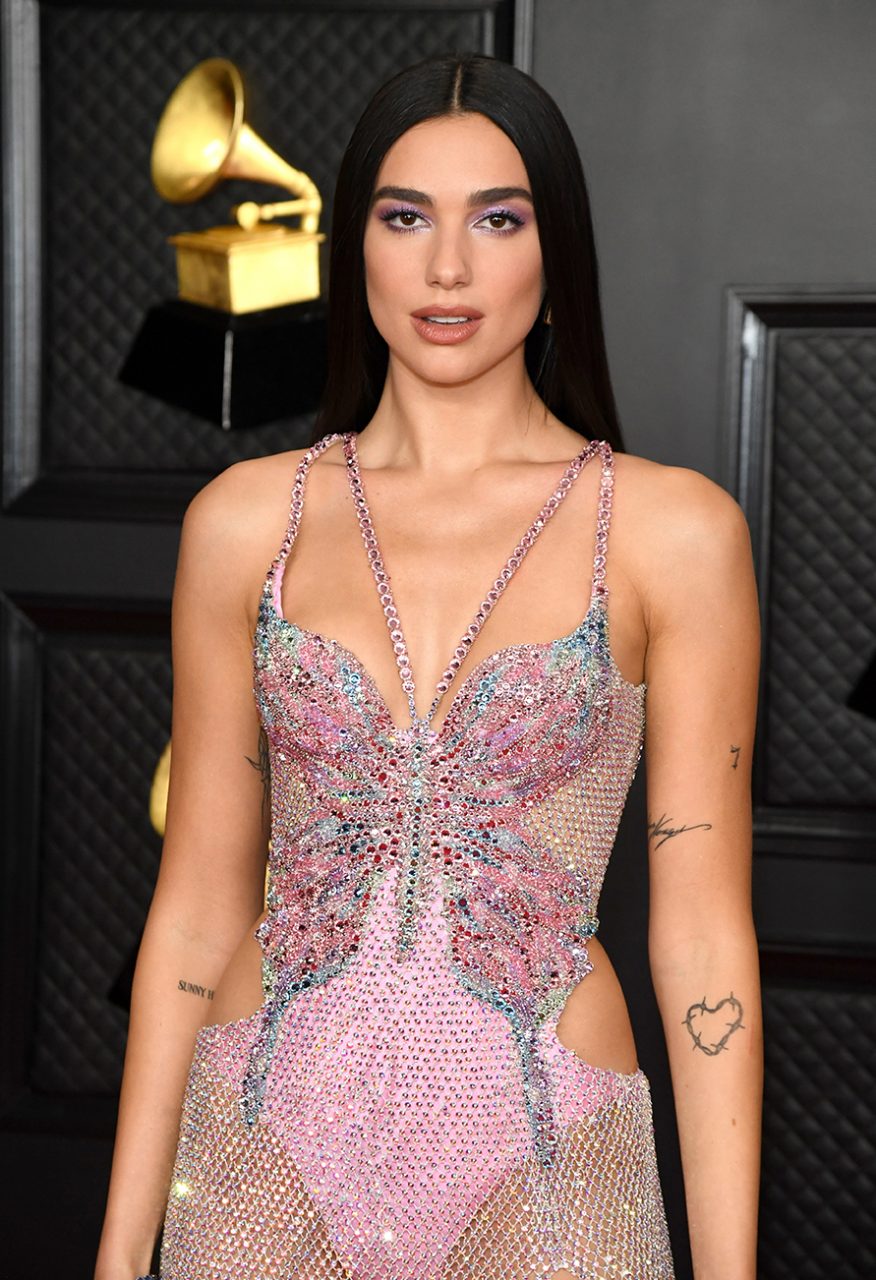 After spending a year in lockdown, it’s no wonder we’re looking to the past as a means of escaping – harking back to a period defined, sartorially speaking, by fun and frivolity. “When the future is uncertain, the automatic behaviour is to find refuge in past events and calm anxious feelings with known points of references,” explains trend forecaster Marie-Michèle Larivée. “Over the past few years, we’ve seen the resurgence of every decade back-to-back: ’60s, ’70s, ’80s and ’90s. Now, fashion has circled its way back to almost its tail. I feel that younger generations are obsessed with the aesthetics that were present before they had an anxiety-inducing future.”

There is something incredibly powerful about nostalgia, especially in the face of harsh realities. “I remember the early Noughties so well,” reminisces Ono. “I was in my early twenties, so that time has always inspired my make-up. Especially now, working with a rapper, I refer to Noughties female rappers so much. I’m happy it’s trending right now, especially all the browns and silvers.”

Larivée also puts the resurgence of the Y2K aesthetic down to the rise in secondhand shopping platforms such as Depop and Vestiaire Collective, which offer stylish relics of the past at affordable prices as well as sustainable options for increasingly conscious consumers.

‍How will the trend evolve?

The rising obsession with Y2K will only continue as we head into summer, but there’s a definite emphasis on changing it up to keep it modern. “It’s important to work with my clients to align on their desired look, and then modernise from there,” says Friedman. “Stripy highlights are a good example of something that wouldn’t necessarily look cool today, but by maintaining the colour contrast while updating the technique to something a little softer and more blended, the essence of the style is preserved, but in a cool, current way.”

“People will continue to experiment with infusing bright, fun colours into their looks, as seen in the Noughties,” she adds. “There are so many ways to achieve this look, whether it be lime-green money pieces [face-framing highlights], a pop of yellow at the nape of the neck, or gradient purple to fuchsia. All bets are off.”

Other beauty industry insiders are betting on colour, too. “I’m thinking that colour on the eyes will be back this summer,” says Ono. “Especially powder blue and lilac – it’s very Noughties, ’90s Drew Barrymore.” Ono is also predicting more “browns on the lips, especially for deeper skin tones – it’s so 2000s and chic at the same time”. One of her favourite techniques for getting a fresh Y2K look came courtesy of Megan Thee Stallion herself. She suggested using a darker lip colour on the outside of the lips and a lighter colour on the inside for a faster application rather than a lip liner.

“While the fashion industry was on pause, it found a way to refresh old symbols and bring them to light with a 2021 feeling,” says Larivée. “There’s no doubt that the Y2K look will evolve and lose some elements to transform into other aesthetics in the future.”