The Best Street Style Looks Of Spring 2022 Were Creative, Confident, and Highly Personal 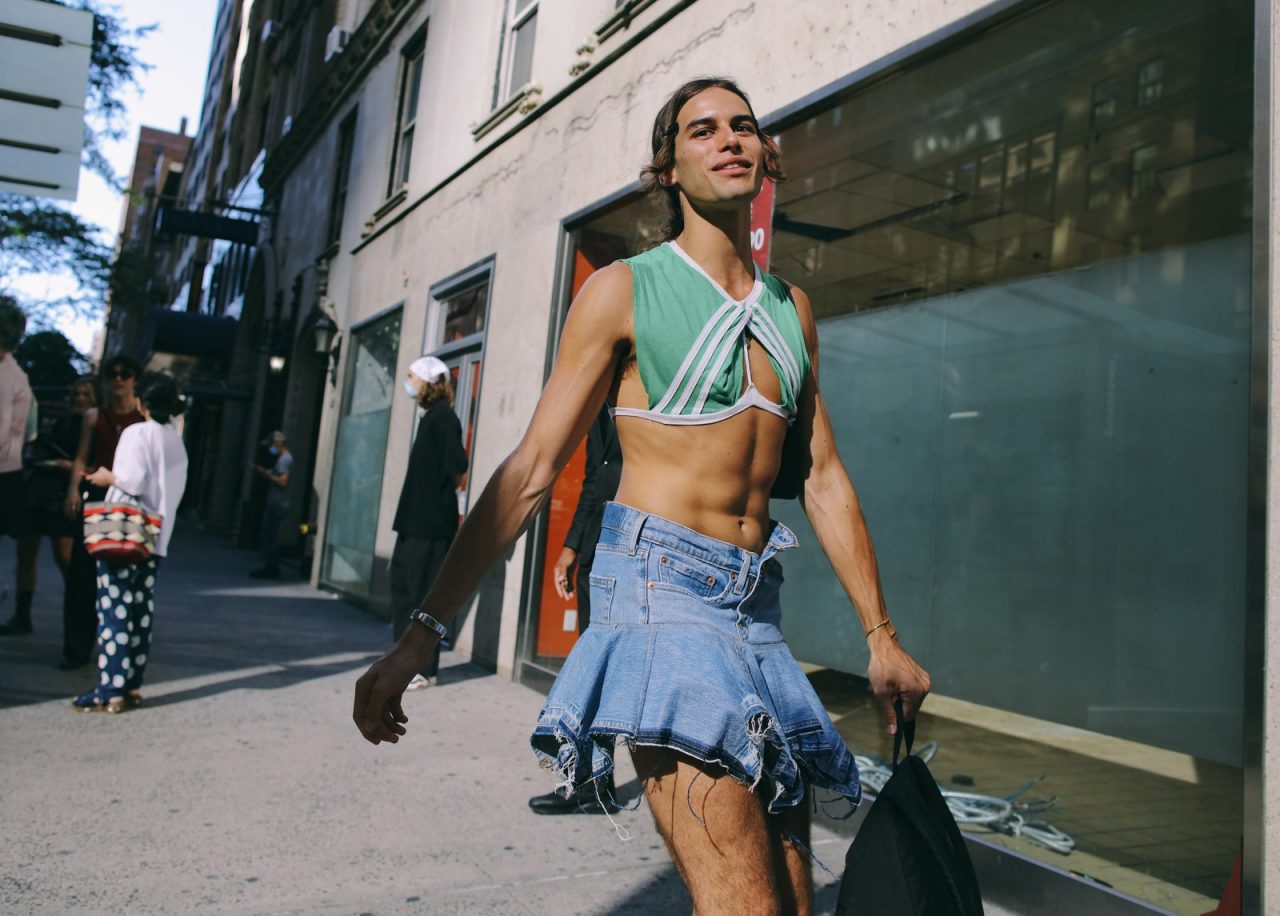 In a season that was more about spectacle than clothes, our big questions about how the pandemic changed the way we dress were answered on the street, not the runway. Those of us who love style—not just fashion—might have picked up on the haphazard, thrown-together sensibility outside the shows in Milan and Paris; the embrace of odd layering and dresses-over-pants in London and New York; and, in every city, a marked evolution in “gender fluid” style, to the point where it’s no longer novel to see people of every identity in skirts or heels. It’s all just clothes!

The shift to more creative, authentic style was in motion throughout the pandemic, but as Fashion Week snapped back to the chaos of the Before Times, it was fair to assume the street style scene would resume its excesses, too. There were still plenty of branded looks and over-curated ensembles, but it was the eclectic, highly personal outfits that felt relevant to our times.

To this viewer, the big themes—clashing prints, vivid color-blocking, strange layers, tailored vests—reflected our year at home, surrounded by our stuff and a desire to get more use out of it all. Why accumulate more clothes when you can find new ways to mix up your favorite things and revisit the items you’d forgotten about? (In case you weren’t aware of the link between overconsumption and climate change, Extinction Rebellion staged a protest to spell it out: overconsumption = extinction).

Below, we’ve distilled eight of the season’s most pervasive and surprising street style trends. If you’re craving more inspo, come back for our coverage of Shanghai and Taipei street style in the coming days.

Prints of Many Colours

Conventional wisdom has it that we should choose one print, then balance it with quiet neutrals and solids. Many show-goers took the opposite tack: wearing all of their brightest, boldest, most beloved prints at once. It reads like equal parts defiance and exuberance—shirking the rules and piling on your happiest, most joy-sparking garments.

Two days into 2021, my colleague Steff Yotka identified a timely return to the color-blocking trend of 2011: Raf Simons, Valentino, Brandon Maxwell, and other designers were teaming big swaths of crimson and sky, fuchsia and burgundy, citron and olive in their new collections. The formula trickled down to the streets for spring 2022 with color-blocked neons and primary brights. It’s an easy way to get dressed without resorting to basics, and can help reframe the stuff in your closet: Instead of wearing your favorite pink sweater with jeans for the hundredth time, try it with a green trouser or yellow skirt.

Can’t Decide Between a Dress or Pants? Wear Both

If there’s one idea that rejects the precise full looks of the Before Times, it’s a dress or skirt over pants. The mix has a sense of humor to it, an intentional clash of things that don’t make any sense. Chopova Lowena’s carabiner skirts were popular over baggy jeans, while Gaia Repossi—typically a more minimalist dresser—styled her denim under a silvery draped dress.

What’s Gender Got To Do With It?

People across the gender spectrum were wearing dresses, skirts, heels, ruffles, and puffed sleeves this season. We’ve reached the point where “gender fluid” almost feels like an outdated term, and that’s something to celebrate—especially when the rest of the world is still catching up (lest you forget the overblown controversy around Harry Styles’s December Vogue cover). Fashion is moving away from gender on the runways and in retail, too, but the movement is being led by people on the street. The industry’s next hurdle will be to figure out Fashion Week, which remains uncomfortably split between “men’s” and “women’s” collections.

“Is the suit dead?” All the dramatic headlines about the pandemic’s impact on tailoring were obviously wrong. Suits aren’t over, but they’re getting more casual, more comfortable, and less corporate. The tailored vest-as-top was popular in every city this season, from classic pinstripes to leather and fringe.

Sex, skin, and body positivity were a key takeaway of spring 2022, partly a result of our lives in lockdown and partly due to fashion’s cyclical nature (Y2K is back, baby!). Hemlines are shrinking and waists are lowering; Miu Miu’s itty-bitty khaki skirts are sure to inspire hundreds of knock-offs next spring. This month, the definitive way to wear a mini was with heavy, punk-ish boots, from Rick Owens’s lucite waders to classic Dr. Martens.

No Shirt, No Problem

If minis aren’t your thing but you’re ready to shed some clothing, consider the bra tops (or just straight-up, actual bras) styled with vintage skirts, leather pants, and jeans this season. It was a particularly big trend on the streets of New York, where the 90-degree heat, stifling humidity, and outdoor venues made “real clothes” tricky to navigate.

For all the wild prints and unlikely combinations, there were just as many low-key, relaxed looks this month. Several women traded their jeans for baggy cargos and ripstop pants, often pairing them with a simple white tank or tee. It’s a look that transcends trends, genders, seasons, and occasions, depending on how you accessorize: Pernille Teisbaek dressed up her cargos with satin heels, while Camille Charrière wore clunky loafers and an Hermès Kelly.