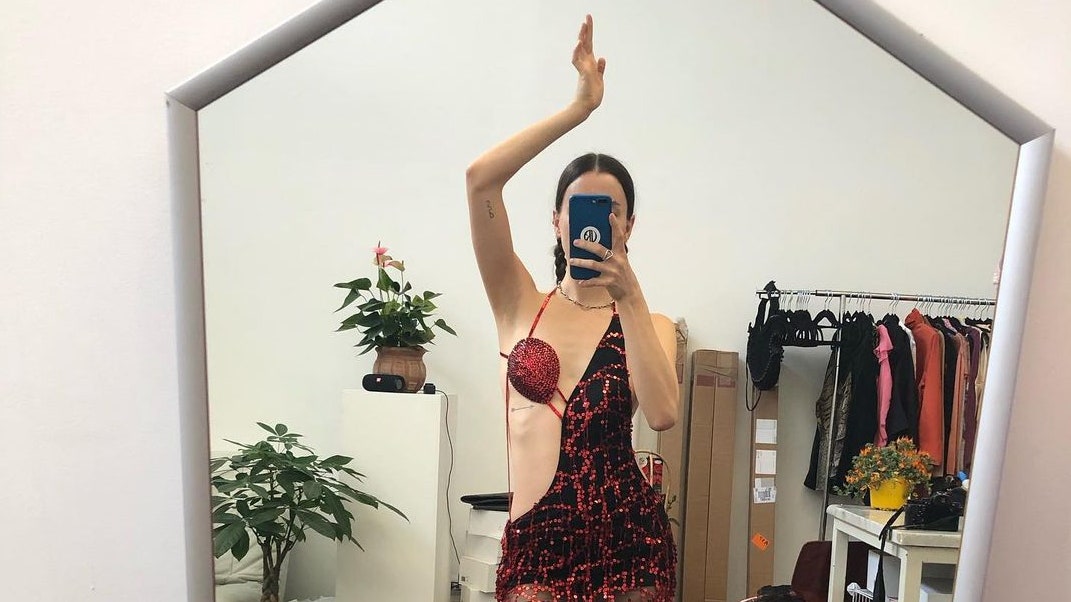 Dua Lipa gave us a photo dump of selfies this past week. One included the pop star wearing the weirdest-hottest trend piece of the moment: a teeny-tiny vest. In another instance, she wore a pared-back tight black cropped top. Her accessory of choice? A clever, red puffer-style phone case by Urban Sophistication.

Lenny Kravtiz has been unbuttoning a bit. While on set for the romantic comedy Shotgun Wedding, the 50-year-old rockstar wore a white blazer with a strand of pearls, along with faded jeans and boots. Not a bad way to accessorize his 6-pack. Another fashion Instagram heard ‘round the social-media verse was from Paloma Elsesser. The Vogue coverstar wore an archival tiger print Robert Cavalli dress from spring 2000, worn by Aaliyah to that year’s MTV Awards. An iconic look, indeed,

All the way in Tel Aviv was the Israeli-Ethiopian rapper, Eden Derso. The entertainer, who debuted a new ‘do, was captured by photographer Orit Pnini in a pair of colorful floral print pants by the label Sherris. In Rome, Italy, Olivia La Roche of the vintage shop O La Roche announced her sale in a slinky, rare beaded red dress with all but one red bra cup. (She tempered this saucy evening look with yellow crocs.) In Paris, French singer Lou Doillon posed in a colorful jester-style top with a gold crown of leaves. Her caption was to the point: “No one sent me flowers.” Who needs flowers when your look is in full bloom.

Finally, this is a moment to connect with friends (safely, of course). Let’s take a note from Jared Leto and Gucci’s Alessandro Michele. The two long-tressed men strolled around Italy, which was chronicled by Leto for Instagram. Of course, they were wearing Gucci.