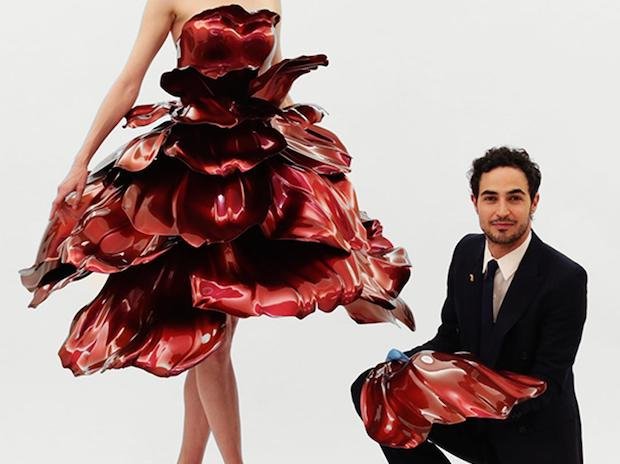 It makes sense that the Met Gala, of all the red carpets, has a tendency to bring out the most museum-worthy of fashions. From the jaw-dropping to the sculptural, there have been plenty of looks that could end up in an exhibit someday — and, if I were to make a suggestion, it would be that Jourdan Dunn's flower-brought-to-life dress from the 2019 event get a prime spot.

The ensemble was the result of a collaboration between designer Zac Posen and General Electric Additive, brought to life by 3D printing company Protolabs. The inspiration? A Mister Lincoln rose, he told The Hollywood Reporter: "We spent about five months really refining each petal, looking at them in digital 3D and doing models in advance. Then we created this magical lacquer so the color shines and seems to shift as Jourdan moves."

Each plastic rose petal weighed about a pound and was mounted onto a titanium cage. (The final product came in at approximately 30 lbs.) Dunn wore a short dress underneath, so she could slip out of the 3D-printed ensemble once inside the museum and actually sit down, according to the New York Times.

She was one of five guests outfitted by Zac Posen in the 3D-printed designs. (The others: Katie Holmes, Nina Dobrev, Gia Coppola and Deepika Padukone.) This remains a personal favorite from the night — and maybe all Met Galas, ever. A rose is timeless. (I mean, we're going on 26 seasons of "The Bachelor" and 18 of "The Bachelorette.") And Posen's one of the great American designers, who's work at the Met Gala, specifically, has always made a mark.