Ten Years Before Her Wedding, This Bride Found Her Balenciaga Wedding Dress at a Thrift Store 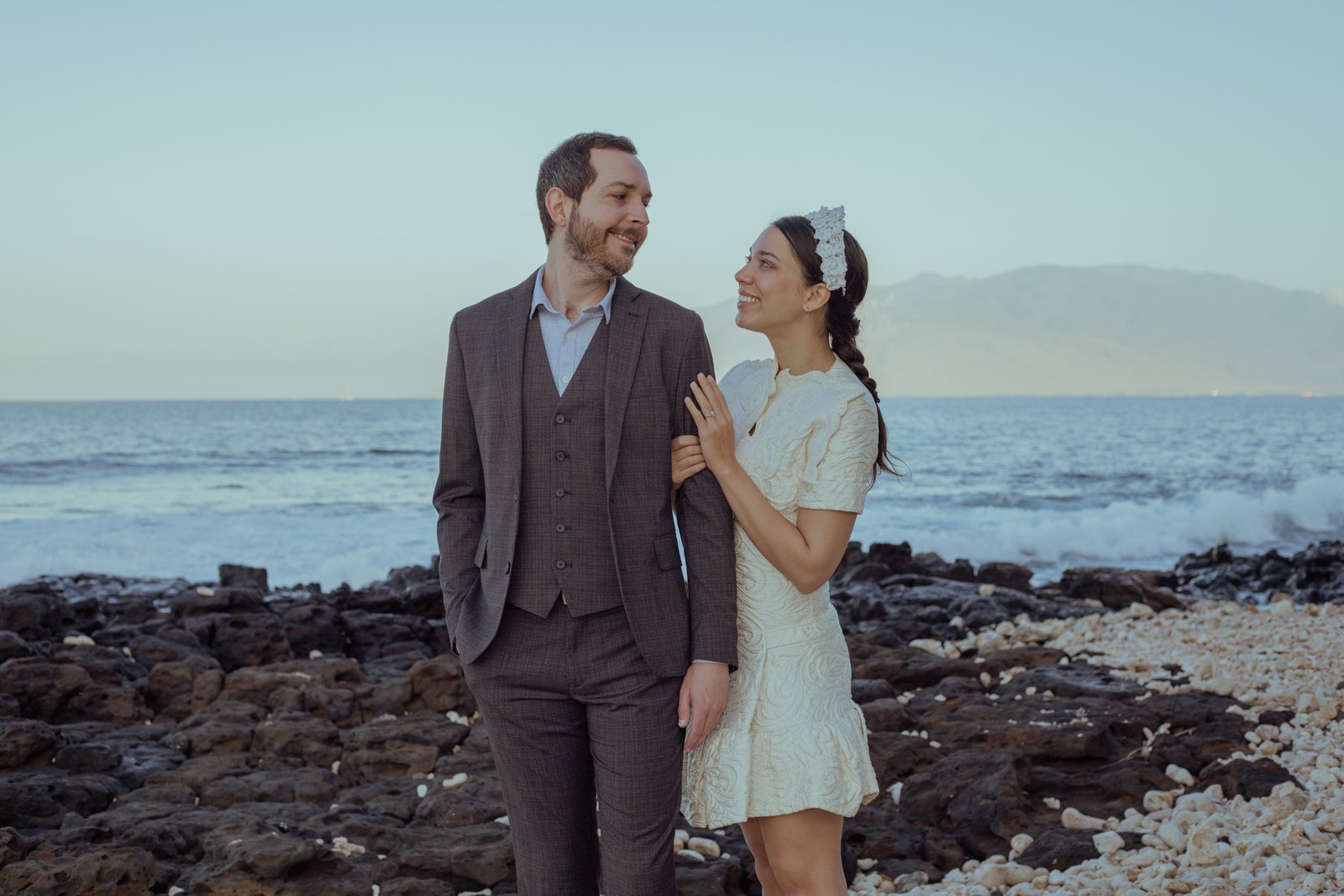 Not every bride would thrift a dress for their wedding, but Monica Sallay, a.k.a. @sartorialscraps, had unintentionally bought her wedding dress secondhand a decade before she actually got married. The software marketing manager always had an obsession with archival fashion and currently spends her free time building up her collection, which includes a Cardi B–approved cyberdot jumpsuit from Jean Paul Gaultier’s fall 1995 show and a trove of rare Comme des Garçons and Issey Miyake. Also in her collection is a rare Balenciaga dress from the fall 2006 collection, designed by Nicolas Ghesquière, that the 29-year-old bought in New York City 10 years ago at a Goodwill shop and wore for her wedding in May 2019.

While Sallay never considered herself a “wedding person,” the Balenciaga dress became her dream dress. Before entering the world of software marketing, Sallay studied at the Parsons School of Design and lived on the Upper East Side of Manhattan. An avid shopper, she often trawled the Goodwill a few blocks from her apartment. “I was spending all the money that I had earned over the summer [from interning] essentially on clothes,” she says. “It was a nice little therapeutic activity for me.” One day in 2011, strolling past the Goodwill, she caught a glimpse of a short white embroidered dress with a scalloped neck in the window. “That dress in the window totally melted my heart, especially the way that embroidery was done,” she says. “I was so obsessed with the way it looked.”

When she got into the Goodwill, Sallay made a beeline to a salesperson and tried the dress on. “When I zipped it up all the way, I remember looking in the mirror and just celebrating because I was so elated that it fit and it was a Balenciaga,” she says. “My heart was pounding because I was so excited that no one knew this. When I saw it, I kind of knew that this was probably going to be my wedding dress.” Sallay bought it for $100, leaving her with only $50 in her account. When she got home, Sallay did what any fashion addict does when they get their hands on a special piece: She researched it. “The first thing I did was look it up on Style.com because I wanted to know if it was a runway piece,” says Sallay. “The dress was look 21 from fall 2006. I remember screenshotting it and putting it on Facebook, saying, ‘Best Goodwill score of my life.’”

A year later, Sallay’s friend back in Indianapolis mentioned that she had a friend with whom Sallay would get along. Though she was still in New York, Sallay and her now husband, James, began chatting on Twitter. They decided to meet up once she returned to Indianapolis during summer break. “We had so much in common, and we ended up spending every day of that summer together,” she says. Sallay moved back permanently that October and transferred to Indiana University–Purdue University Indianapolis, where she studied computer graphics. The two have been together ever since. “Something that really separates him [James] is his heart. Even before dating, he was so supportive and accepting of me right off the bat and continues to be my rock to this day,” she says. “He got to know about me and my fashion. He got his first experience being an Instagram boyfriend with me.”

Sallay was ahead of the trend of small, intimate ceremonies; they got married in May 2019 at a courthouse in Indianapolis and then honeymooned in New York and Hawaii. “I specifically remember that morning I put on the dress being nervous, almost as if I were getting married and there were a ceremony.” Sallay styled the look with a veil cut from the tulle of her mother’s wedding-dress train, while her $15 heels were thrifted from Tekla Vintage, a small store outside of Detroit.

Of course, while there is now sentimental value to the piece, Sallay still appreciates the dress’s place in fashion history. “It was awesome, and it still continues to be my best thrift score today. I’ve never seen it resold anywhere on the internet ever,” she says. “In my head, I’ve always thought, Who is the person who first owned this? What did they use it for? I have no idea what compels someone to just give it to the Goodwill in New York, but it’s awesome. It really gave me the opportunity to be the happiest person on earth as a 19-year-old in New York City.”