Say What You Will, but I Love Low-Rise Jeans 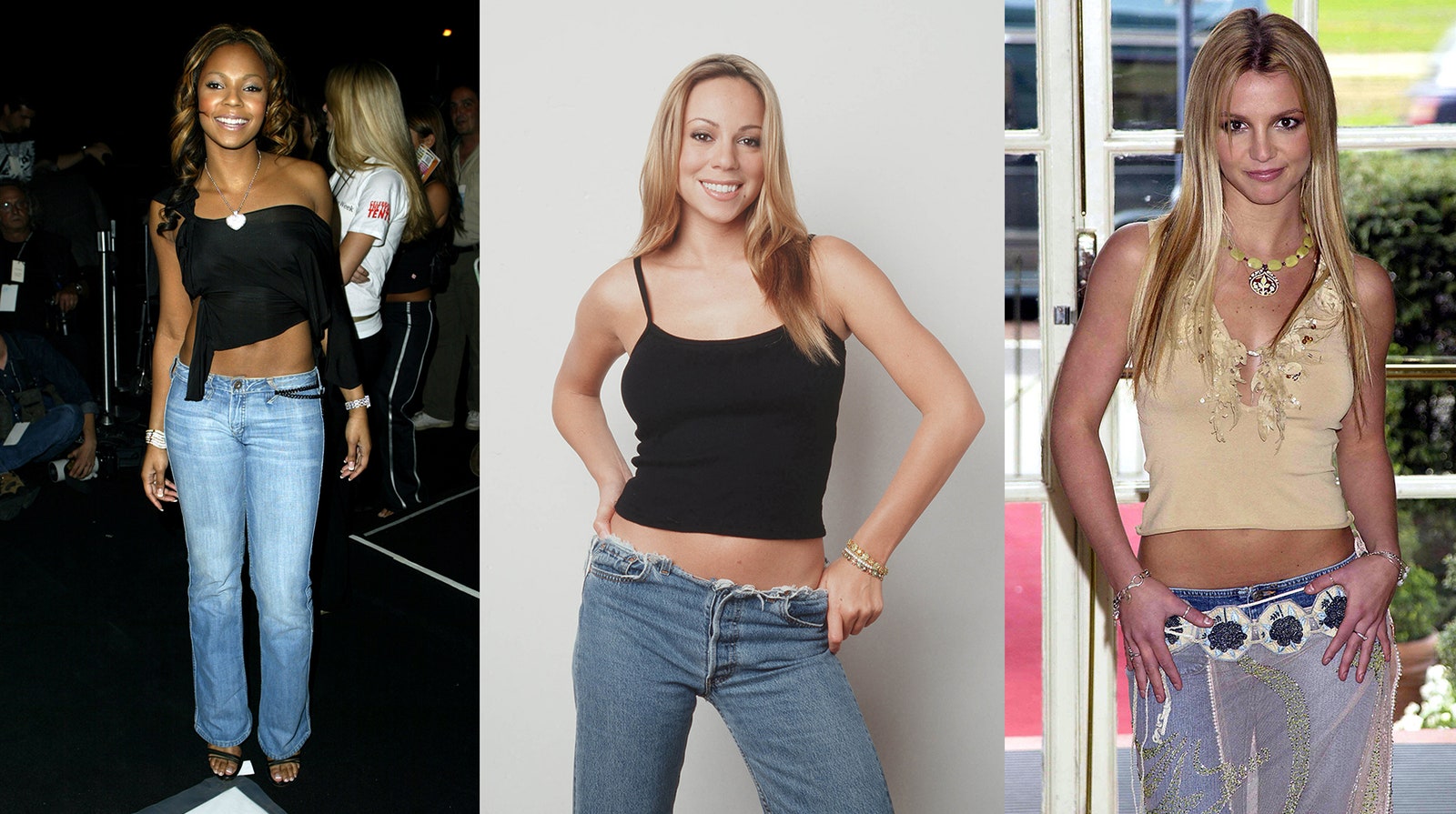 Is there any more divisive trend than low-rise jeans? Last week on Vogue.com, in an article titled “For Goodness’ Sake, Please Let Us Not Return to Low-Rise Jeans,” Molly Jong-Fast decries those low-slung jeans from the all-excess Y2K era. She argues that they’re a symbol of the hypersexualized noughties, when women in the limelight—specifically Britney Spears and Brittany Murphy—were mistreated, and toxic diet culture was the norm. “We are a world scrambling to come out of a pandemic that has killed millions of people, many of our governments are struggling with everything from the supply chain to the rise of autocracy. Life is hard enough without jeans that inadvertently show your butt and make you feel bad about your stomach,” she writes. To each their own.

Times have changed since the early ‘00s. The resurgence of low-rise jeans comes as we are coming out of a pandemic that was filled with sweatpants. People want to dress up, go out, and show flesh. This is also a time when we are attempting to break down the concept of the “perfect body.” Though I don’t think they are particularly flattering on my long-torsoed body, I love low-rise jeans. I live for a pair that sits so low, I know that the wearer had to get several rounds of laser hair removal. (Also: I love dedication.) Let me see that slice of midriff, that sparkly belly button ring, that lower-back tattoo. I love women whose fashion taste rides on an NSFW, or not safe for work, moment. It’s not about the pants, really, but about the philosophy they represent. It’s unabashed confidence at its finest.

Fast notes that low-rise jeans were once synonymous with the “the rise of the impossibly flat stomach” of the noughties. She’s not wrong but later adds: “The women who made the low-rise jeans famous were singers like Britney Spears and actresses like Brittany Murphy—women who society has decided (rightly) got a poor deal in the 1990s and early 2000s.” To equate low-rise jeans with a “poor deal” feels odd. There are plenty of other women—many of them musicians in music videos—who were embracing their sexual selves in whatever low-rise jeans they wanted. I still to this day am transfixed with Mariah Carey in the “Heartbreaker” (1999) music video, who wore jeans with a sheared-off waistline and a knit halter top (no bra!) while rolling around on a movie theater snack stand; Toni Braxton in “He Wasn’t Man Enough for Me” (2000), kicking at the camera in body-skimming and bedazzled acid-washed flares; a sand-strewn Ashanti in “Rock Wit U (Awww Baby)” (2003), pumping her hips side to side; Shakira’s seizing torso in “Whenever, Wherever” (2001). These women captivated the world—and hoards of admirers—with their hips and bare navels.

Currently, I’ve been obsessed with the return of low-rise jeans on the runway: Blumarine in all of its babetastic, flaunty glory; Vaquera with its weirdo, downtown kid vibes and baggy shapes; Molly Goddard, who pairs her large low-rise jeans with adorable tulle tops. There is a low-rise jean for every personality—and there should be a pair for everyone, too. Unfortunately, that isn’t quite the case. Search “plus size low rise jeans,” on the internet and the results pale in comparison to a search sans “plus size.”

Of course, we need the industry to be more size inclusive, while also dismantling antiquated views about what is “tasteful” or “flattering.” Low-rise jeans represent the ability to wear whatever you want. My colleague, fashion writer Christian Allaire, has long been a lover of low-rise jeans, not for their look but for what they stand for. “I’ve never quite understood the hate against low-rise jeans. If you don't like them, don't wear them? Some people feel sexy in them and that should be their right to wear them,” he says. “Between low-rise jeans and miniskirts, I feel like people hate them because they are not ‘flattering’ — but says who? I think the notion of ‘dressing appropriately for your body’ is outdated anyways. Being hot isn’t a look, it’s an attitude.” To accompany his point, he sent me a picture of early ’00s off-duty Spears in low-rise jeans and a simply tied white top.

Senior fashion and culture editor Janelle Okwodu also waxes poetic about low-rise jeans. “Low-rise jeans are about confidence and thumbing your nose at authority. It’s a provocative look but ultimately that’s the point,” she writes. “I think back to Alexander McQueen’s fall 1996 where it was all about butt cleavage and Kate Moss’ derriere peeking out from the lowest trousers imaginable, or Tom Ford sending his Gucci hippies down the runway in feather and floral jeans that showed off their hips back in spring 1999. These were in-your-face looks and if a person chose to wear them, they had to own it. Yes, thongs were visible but it didn’t matter if the person wearing it had swagger.”

Low-rise jeans aren’t going anywhere anytime soon, but they’re also far from the dominant style. Yes, in the early 2000s, low-rise jeans were everywhere, but fashion has evolved since then. People are wearing what they want to, and it’s easier than ever to opt out of a trend. Kendall Jenner and Bella Hadid wear high-waisted pants as much as they wear low-rise jeans. Out in New York City, prairie dresses are as common as über low-rise jeans fastened with a shoestring.

And for some people? They’ve never gone out of style, even 20 years later. Recently, I went through Spears’s Instagram. She’s now a mom of two and always in low-waisted bottoms, dancing around. She looks happy, even liberated.