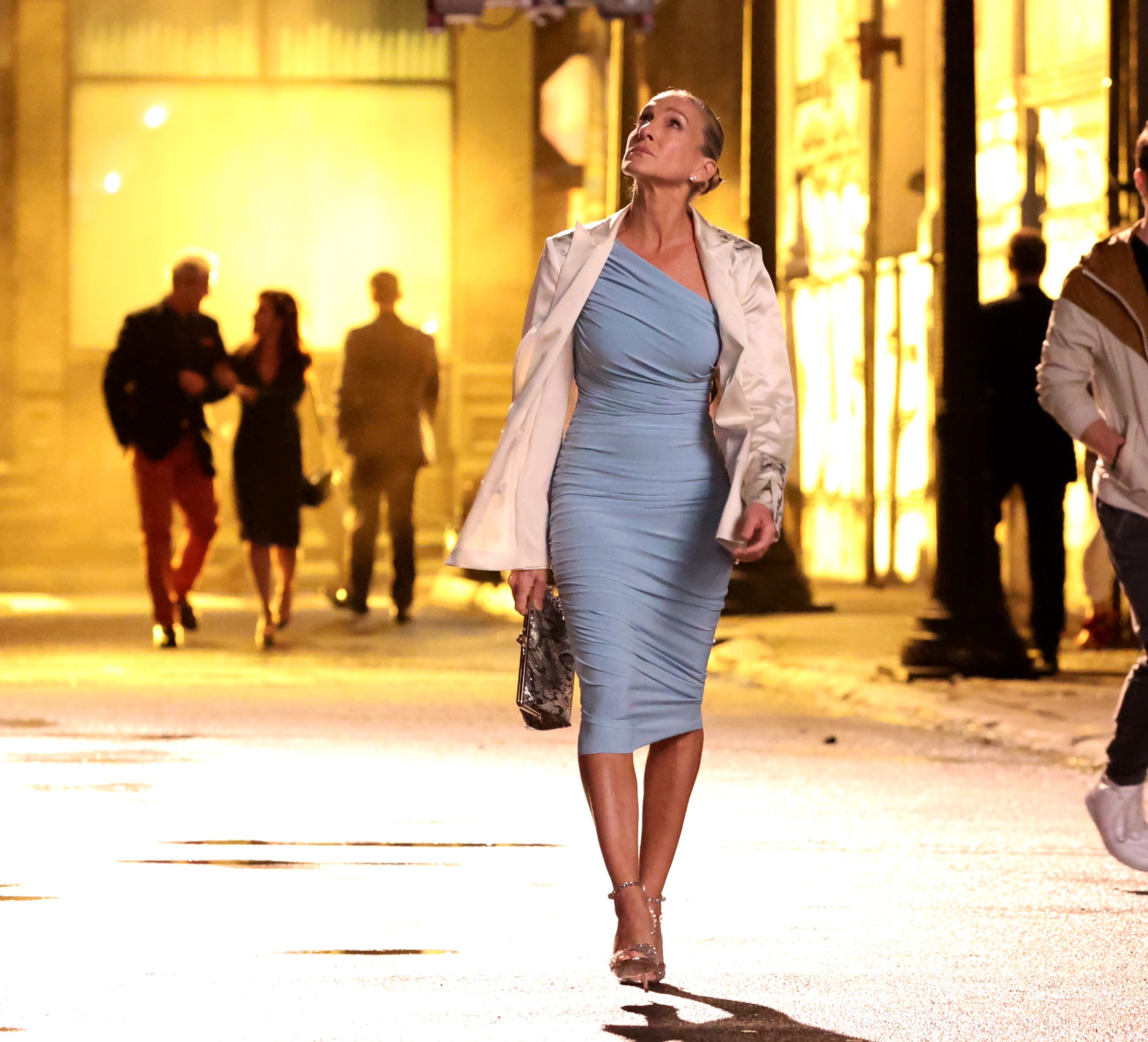 There are endless outfits from the original Sex and the City series that fans have committed to memory, but there’s one particular dress that stands out. The body-sculpting LBD (more charcoal than black, to be specific) that Carrie Bradshaw – aka Sarah Jessica Parker – wears in season two, episode 15 is nothing short of iconic. Together with her breezy persona and knack for chic accessories – she wears towering heels, shades and carries a vintage Gucci bag – the seemingly simple dress has become one of the greatest SATC looks of all time.

Glimpses of the new installment And Just Like That – which is currently being filmed in New York City – suggest that there’s another potential “Carrie dress” in the works. Unlike her hero ’90s LBD, her 2021 style comes in an elegant powder-blue shade.

The dress ($215 from Norma Kamali) is slightly longer, too: the hemline is just below the knee, whereas the original was a daring thigh-skimming mini. The update features the same ruched finish, but instead of a high neck it has a draped one-shoulder.

Behind-the-scenes shots showed the actor with her co-star Jon Tenney outside the glamorous Au Cheval restaurant in downtown Manhattan. SJP gave the LBD (little blue dress) a grown-up, modern spin with a cream longline blazer and sparkly sandals, with her hair slicked back into a tight bun.

So far, there’s been a mixed bag of opinions regarding the new series – not only for the fact that Samantha (Kim Cattrall) is absent from the reboot. Carrie’s 2021 wardrobe has been at the centre of online debates: the image of her wearing a dress from Forever 21 was declared a “scandal,” while others have argued that Carrie hasn’t aged as fashionably as they’d hoped.

“Just because you have aged (haven’t we all?), it does not mean you need to abandon your true self,” said British Vogue’s fashion news director Olivia Singer. She even went so far as to compile a shoppable edit of the outfits that Carrie – and her friends – should be wearing: Manolos, Molly Goddard tulle dresses and vintage Fendi Baguettes included. We’re holding out for her famed John Galliano newspaper dress to make an appearance. Come on Carrie.