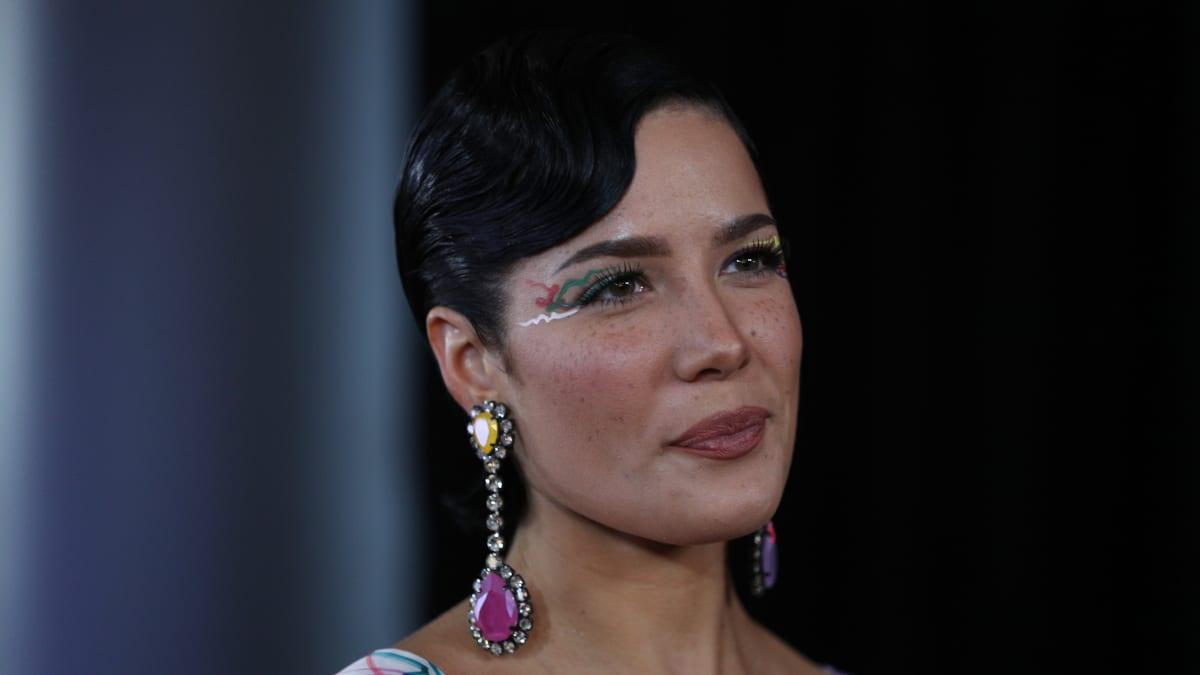 Halsey covers Allure
Halsey poses for Allure's August cover in a body-skimming Salvatore Ferragamo chainmail dress that shows off her baby bump in shoot by Jackie Nickerson. In an intimate profile by Danielle Pergament, the Grammy nominated singer opened up about the origins of her relationship, the realities of her pregnancy, her advice for people struggling with identity and how growing up in a biracial family helped prepare her for parenthood. {Allure}

Supermodel Adut Akech covers Elle
Model Adut Akech covers the August issue of Elle in a sequined Prada look. For the accompanying story, Akech spoke to Roxanne Fequiere about her childhood as a South Sudanese refugee, the bullying and racism she endured after emigrating to Australia as a child, what being named an Estée Lauder global brand ambassador means to her, and how she sees her modeling work as a step toward creating a world in which people like herself won't have to question their worth: "I never, ever, in my wildest dreams, thought I would have achieved half the things that I have now. I do this for my little sisters. I do it for little Black girls all around the world. I do it for refugees. I do it for people who are not seen and not heard. That's my responsibility."{Elle}