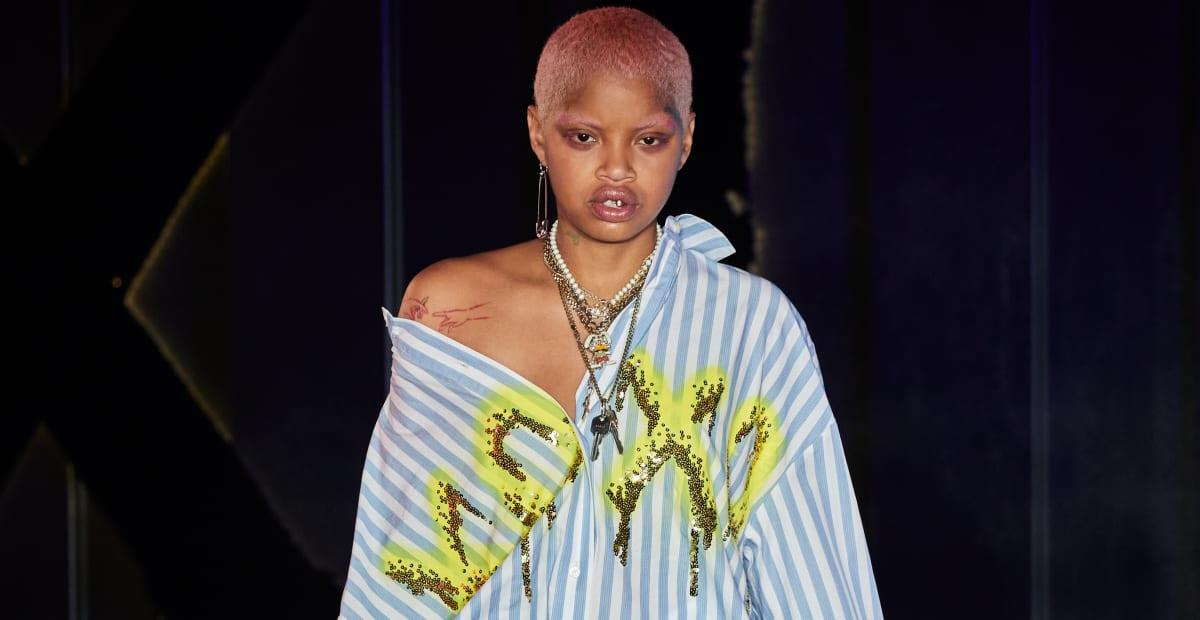 We didn't have to wait long to see full runway collections inspired by the new iteration of "Gossip Girl."

On Wednesday, Fernando García and Laura Kim staged a runway show at the 1 Hotel Brooklyn Bridge in New York City to unveil Monse's Fall 2021 collection. The lookbook had been photographed and sent to buyers earlier this year, but it was never released to the public or press; it did, however, make its way into the hands of "Gossip Girl" costume designer Eric Daman, who then put Jordan Alexander's Julien Calloway in an oversized distressed sweater dress from the line, as one of the many new riffs on the Constance Billard uniform seen in the HBO Max continuation.

The placement was appropriate because, as Monse CEO Renee Prince Phillip told Fashionista in an interview, the designers were inspired by paparazzi images — of Alexander, especially — from the set of "Gossip Girl" 2.0 for the label's Fall 2021 outing. The brand event sent samples to the costume department; after securing a placement, HBO Max suggested they team up to publicly debut the collection on the eve of the show's premiere, with Daman styling the show.

The autumnal line builds on the elevated approach to punk the brand first introduced for Fall 2020, with its spliced pleated flannel skirts, slouchy cable knits and distressed denim jackets. Then, there are the more direct nods to the larger "Gossip Girl" universe, with contrast-sleeve varsity jackets and an oversized striped button-down embellished with a yellow "XOXO" across the front; Slick Woods opened the show wearing the very same dress Alexander-as-Calloway will wear at some point this season.

See Monse's Fall 2021 collection in the gallery, below.