Is Wearing a Blazer With Shorts Finally Fashionable? 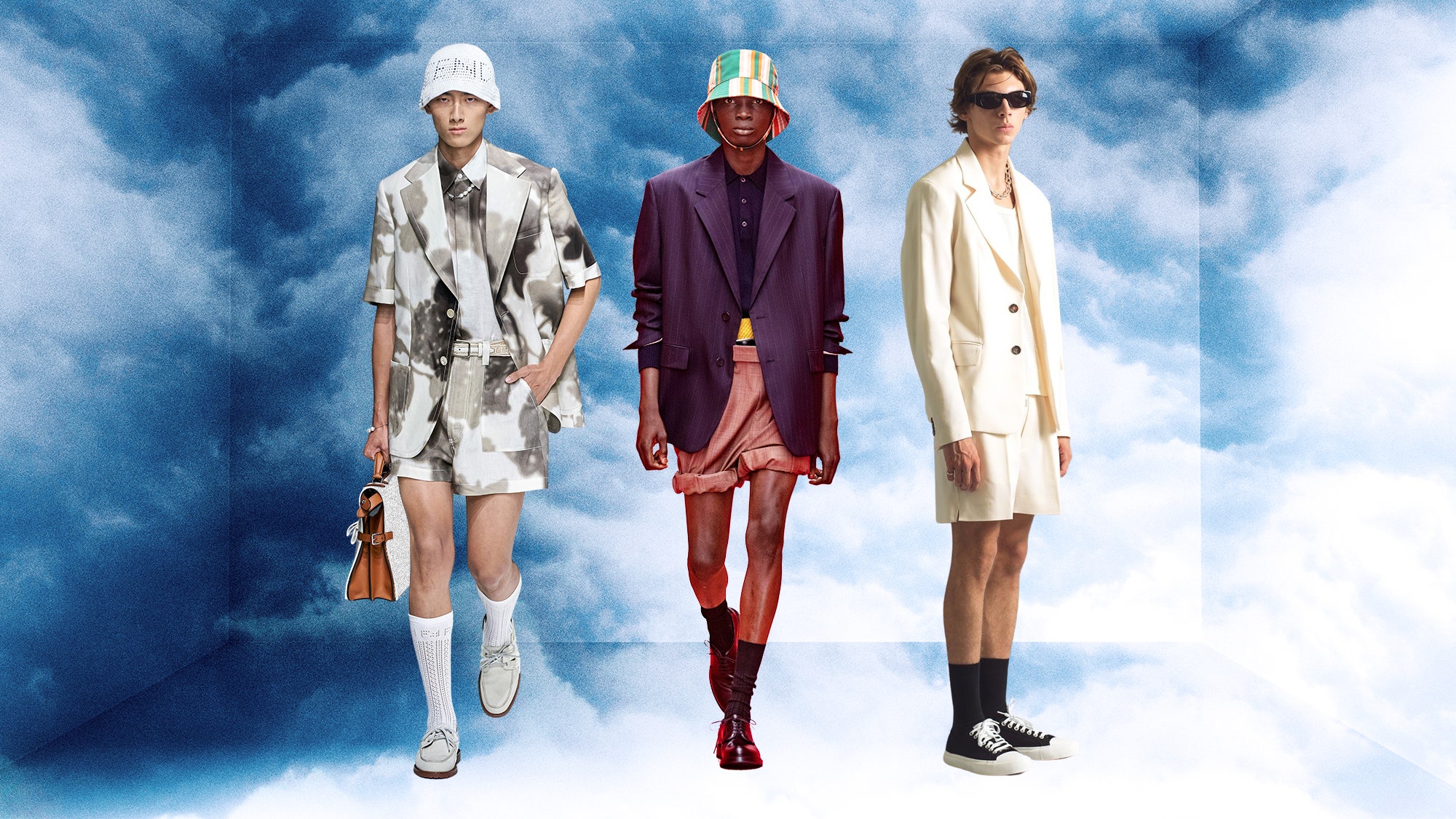 The most arresting outfits from Prada's spring 2022 menswear show paired what have long been thought of as incompatible objects: a broad-shouldered blazer and punched-up shorts. Even more strikingly, the look was not a one-off, but rather a recurring motif sent down the runway on multiple models. If donning a blazer with shorts remains one of the last third rails in contemporary menswear, then the dream team of Miuccia Prada and Raf Simons didn't seem to care.

But a closer look reveals that the combo hasn’t been a no-fly zone for years—it’s long existed in menswear's more high-concept (and high-end) corners. The off-kilter tailoring of Comme des Garçons has long included gussied-up shorts, some with flowing squat legs and others with blouse-like ruffles. The shorts suit is designer Thom Browne’s most iconic personal outfit, and it shows up in collections from his namesake label season after season. There are even a few big-name fans in Pharrell Williams and A$AP Rocky, two forward-thinking dressers who have donned the look on more than one occasion.

But lately, the blazer-shorts pairing is starting to go wide, and to feel even a little doable for the non-Pharrells among us. It can be found, somewhat unexpectedly, in offerings from streetwear stalwart Stüssy and the Los Angeles-based up-and-comer Second/Layer. You might not know Stüssy for its suiting—for decades, it has built its icon status on a foundation of well-designed graphic T-shirts, hoodies, and hats—but its collections typically include a Stüssy-fied suit. The brand’s newest drop, for instance, includes a yarn-dyed striped seersucker suit. There’s a semi-unstructured sport coat, plus drawcord trousers and relaxed shorts, depending on how you’re feeling. Likewise, Second/Layer offers a single-breasted jacket made of Italian wool in ivory and black. And like the Stüssy, you can pair the blazer with coordinating high-waisted trousers. But the label also sells a dressy short with a crisp single pleat and in the same luxurious fabric. If it’s gonna be a hot one, well—why wouldn’t you? For a blazer and shorts combo that stays a little closer to a classic fit, one can look to the latest season from Todd Synder, who offers several "short suits" in a variety of fabrics.

To see the look jump from Comme des Garçons and Thom Browne to Stüssy, Second/Layer, and Snyder feels significant. Seven years ago, the "shorts suit" was primarily seen as a faux pas, with a major flashpoint being Pharrell's controversial shorts at the 2014 Academy Awards. That same year J. Crew, riding the wave of its best-selling "Ludlow" suit, launched a collection of suits-with-shorts under that umbrella. The concept was met with overwhelmingly negative reviews from menswear diehards and casual preppy bros alike. It also generated a slew of headlines across the globe, including "Let's cut this 'short suit' trend off at the knees" from the Washington Post. It was as clear a sartorial swing and a miss as you can find.

Slowly, the shorts suit was normalized. (It certainly helped that shorts got cooler, too.) During the 2018 NBA Finals, Lebron James waltzed through a stadium tunnel wearing a Thom Browne shorts suit, generating more praise than uproar—and then a few of his teammates, milder dressers, all, than King James, did the same. The lesson: you don’t have to be a basketball deity to wear shorts with your jacket. Pharrell continues to wear the look on the red carpet and ends up on best-dressed lists left and right. A$AP Rocky modernized the style and made it his own, notably pairing a wide-shouldered Raf Simons blazer with punkish dress shorts. The difference between then and now is that the concept is coming from the streets up, rather than dictated from fashion houses on high.

That can mean whatever you want it to. With Second/Layer's slouchy cuts, styled with a tank top and chain necklace, the suit feels a bit more menacing. Rocky's riff on the style works so well because he opts for a plain T-shirt and rugged glossy shoes instead of a stuffy oxford and more typical dress footwear. The further you drift from convention, the better a blazer and shorts seem to look. Leave the tie and cufflinks behind. Embrace more eccentric textures and tones. The Ludlow mistake was trying to make the look a stand-in for a traditional suit which it is clearly not. A blazer and shorts are their own separate animal—and when done right, the atypical pairing can be one hell of a style swerve.