I Used To Hate Ties, But These Celebs Have Inspired Me to Try One Out 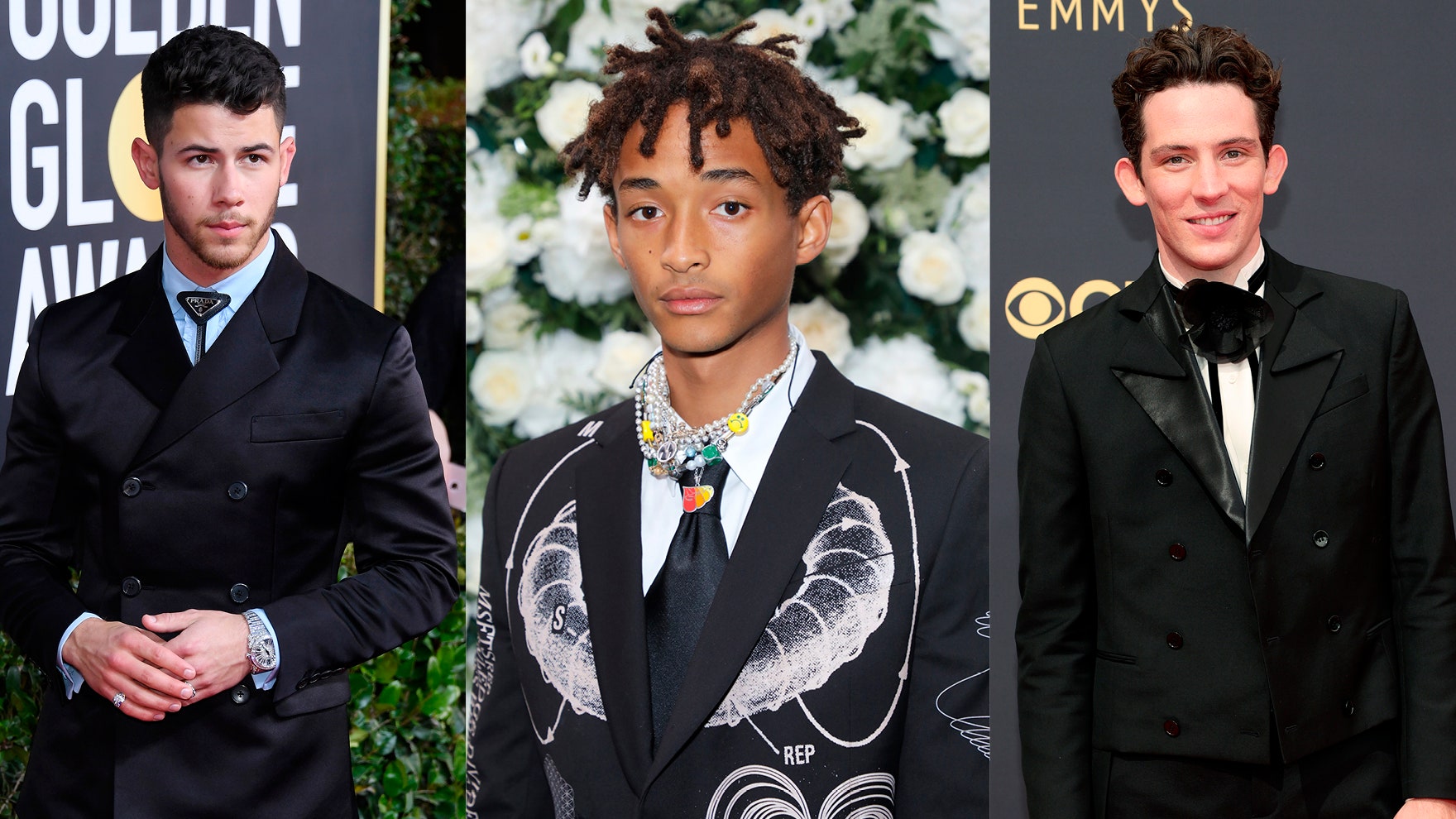 When I think of ties, I think of my dad. An optometrist by trade, he comes down the stairs for breakfast each morning, wearing the same exact work uniform: a crisp, collared shirt, black trousers, a spiffy tie and tie bar. He has a different tie for every day of the month—ranging from plain navy to colorful paisley—and in his closet, he even has one of those fancy rotating tie racks to display all of them on. Because of him and a natural, childlike aversion to dressing like my parents, I’ve come to assume that ties are something you have to wear if you’re stuck in a 9-to-5 cubicle, under horrible fluorescent lighting. Naturally, I’ve vowed to never wear one myself.

I’ve refused to wear them at weddings, funerals, or formal events where it would often be expected (and appropriate) for me to wear them. Even today, I still only own two ties—one black and one gray, both never worn—and I certainly still do not know how to tie them. And I’m almost 30! But lately, my thoughts on ties have begun slowly shifting—thanks to Hollywood. On the red carpets, I’ve been spotting celebrities who are styling ties in new, interesting ways that are anything but traditional.

One of the first stars to get me intrigued was Jaden Smith. Back in September, the star suited up in a printed MSFTSrep suit, which he finished off with a classic black tie. Layered on top of it were mounds of charm necklaces and pearls, which made the tie look feel cool and youthful. Smith’s approach reminded me of the way Frank Ocean wore a black tie to the 2019 Met Gala. He layered it underneath a sporty anorak Prada coat instead of a traditional blazer—a move that was unexpectedly refreshing, and not at all dad-like.

I’ve been thinking beyond the traditional tie, too. Stars like Nick Jonas, Lil Uzi Vert, and Finneas have recently proven that a bolo or bow tie can be a stellar accessory as well. At this year’s Met Gala, Lil Uzi Vert wore a Thom Browne suit with a purposefully untied bow-tie. At the Grammys this year, Finneas wore a pink Gucci suit, finished off with a thin black necktie tied into a bow. Nick Jonas’s Prada bolo tie, worn to last year’s Golden Globes, even made his simple black, double-breasted suit feel modern and current.

Without the addition of a tie, many of these outfits would likely feel naked and incomplete. I’m beginning to recognize that they are not merely a going-to-work prop, but rather a subtle way to tie a look together (pun intended). With the right outfit, a tie can be barely detectable, providing visual interest in a polished way. I’m totally inspired to dust off the two ties sitting in my closet. I could see myself wearing either in the style of Smith this fall—worn with a white button-up, and layered underneath pies of necklaces and my go-to leather blazer. Or maybe I could pose as a Saint Laurent model, by sporting a slinky, silky shirt and a discreet skinny tie to go with it. On second thought, maybe I do need a new tie to pull this new look off. To my dad’s tie rack, I go!