How Big Should Fashion Be? 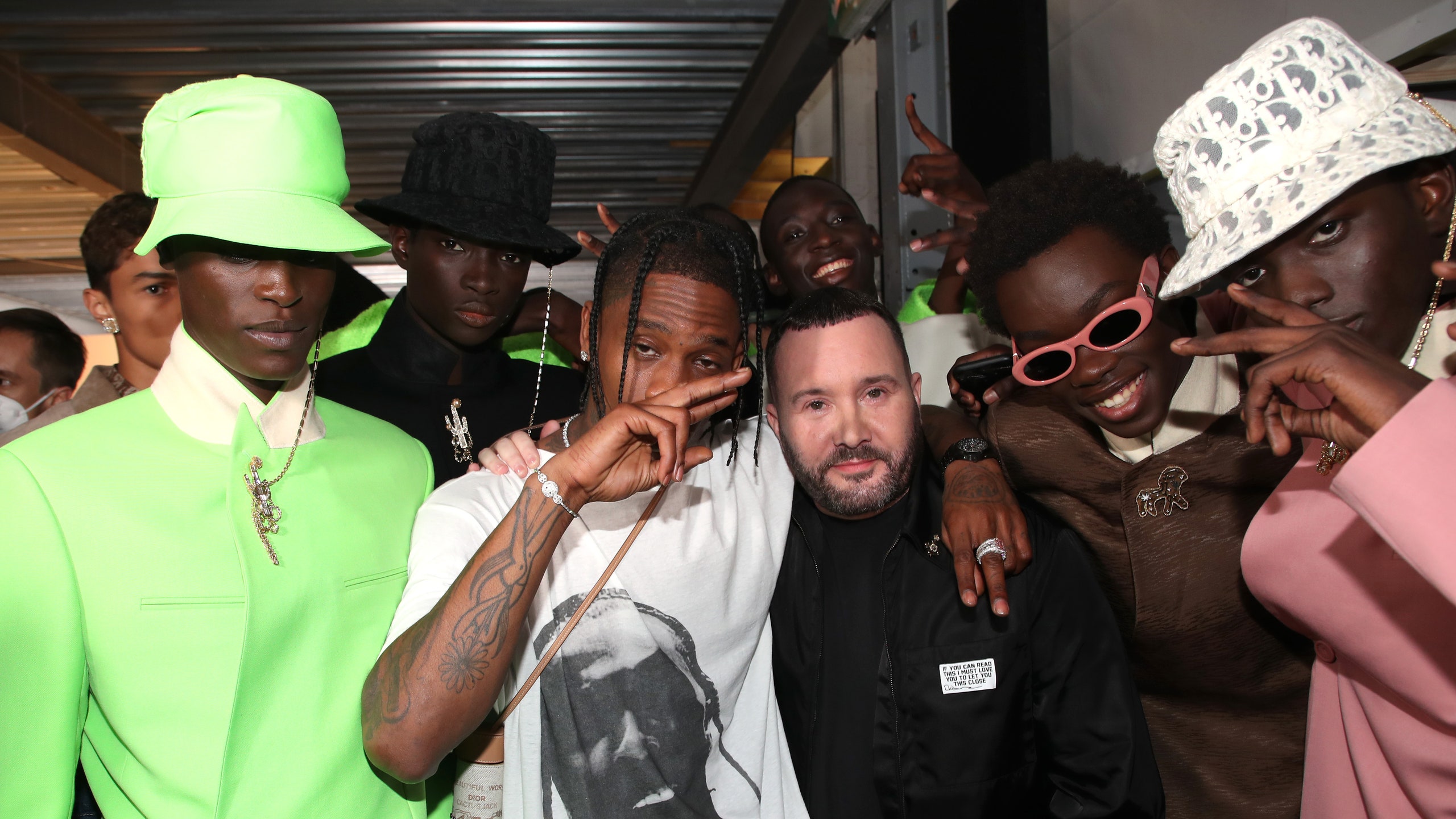 It was an existential season for men’s fashion. That seems funny to say, considering that none of the shows or themes felt terribly heady. The biggest show came from Dior, a duh-but-huh of a collection made with Travis Scott...whose most recent prior collaborator was McDonald’s. The best collections were expressions of pure hedonism (Loewe) and pure tranquility (Lemaire). It was a season of sex, relaxation, and celebrity—not ponderous concepts. And yet the Spring 2022 shows nonetheless raised some big questions for menswear: Now that brands are expected to make videos, create photographs, and tell us how to behave, what is a fashion designer’s job? And now that the biggest stars on earth want to be collaborators, how big should fashion be?

Dior sees fashion as a worldwide spectacle, now inextricably linked to celebrity. The Spring 2022 show was designed in collaboration with Travis Scott, the 28-year-old rapper beloved by Gen Z who helped usher in our era of style esoterica—skinny-baggy pants, wild Japanese garments, archival rarities, and flannel shirts—and whose collaboration with McDonald’s last September led Forbes to crown him “a corporate brand whisperer.” (As much as the purists might hate to admit it, Dior, too, is a corporation.) When La Flame and Jones came on the runway to take their bow, Jones gave a friendly wave to the audience while Scott stared at his phone, which summarized the show’s modus operandi: “What are they saying online?”

Menswear used to be all about subcultural currency, hidden messages and cult figures—Raf Simons and Virgil Abloh have become celebrities themselves, but recall how long they were secret gods to an initiated few. Jones is a master of all that—his specialty is adapting subcultural interests, from artists like Peter Doig to Judy Blame to Shawn Stussy, into images big enough for the global stage of fashion. A number of online critics scoffed that Scott is not a designer, but that’s not really what bothers me. It’s more the power imbalance I find curious—Jones is a designer who can cultivate followers and fanatics on his own (and has!), and he’s giving Scott too much credit as a subcultural whisperer. Part of the joy of the McDonald’s tie up was the oddity—“Hello, disgruntled McDonald’s employee, Cactus Jack sent me!”—along with its unapologetic mass-ness. Designing for Dior? That’s just too serious.

Should fashion be as big as fast food or General Mills? And what happens when it is? The Scott collaboration suggests that Jones believes menswear can no longer thrive by filtering up or out slowly, building fandom over a period of time, the way someone like Scott made Supreme and Amiri hypehousehold names. A collaboration of this scale collapses the hunt, and behind-the-scene buzz-building, that has defined fashion over the past decade—Kanye West discovering Demna Gvasalia, or Matthew Williams ascending his way to a Paris couture house through partnerships with Lady Gaga and streetwear overlord Luca Benini, or Simons’s archival work growing in stature on the secondhand market—into something instantaneous. It is fashion at its fastest.

The problem with hating it is that the clothing was awesome. I loved the big sweaters and the new haute joaillerie and the hand-painted-by-George Condo shirts. Nicole McLaughlin—the Insta-famous designer of the croissant bra—also contributed to the collection, reworking the Dior saddle bags with a horseshoe handle. I loved the long jacket with the upturned collar that hits a little low on the hip over the flou-y, almost oozy skinny bell bottoms, in sand pink and chalky desert brown suede and cartoon cactus green. That’s just a great suiting silhouette: regal but out-there, and a more wearable, more sophisticated evolution of his flamboyant sash suit from the first few Dior seasons.