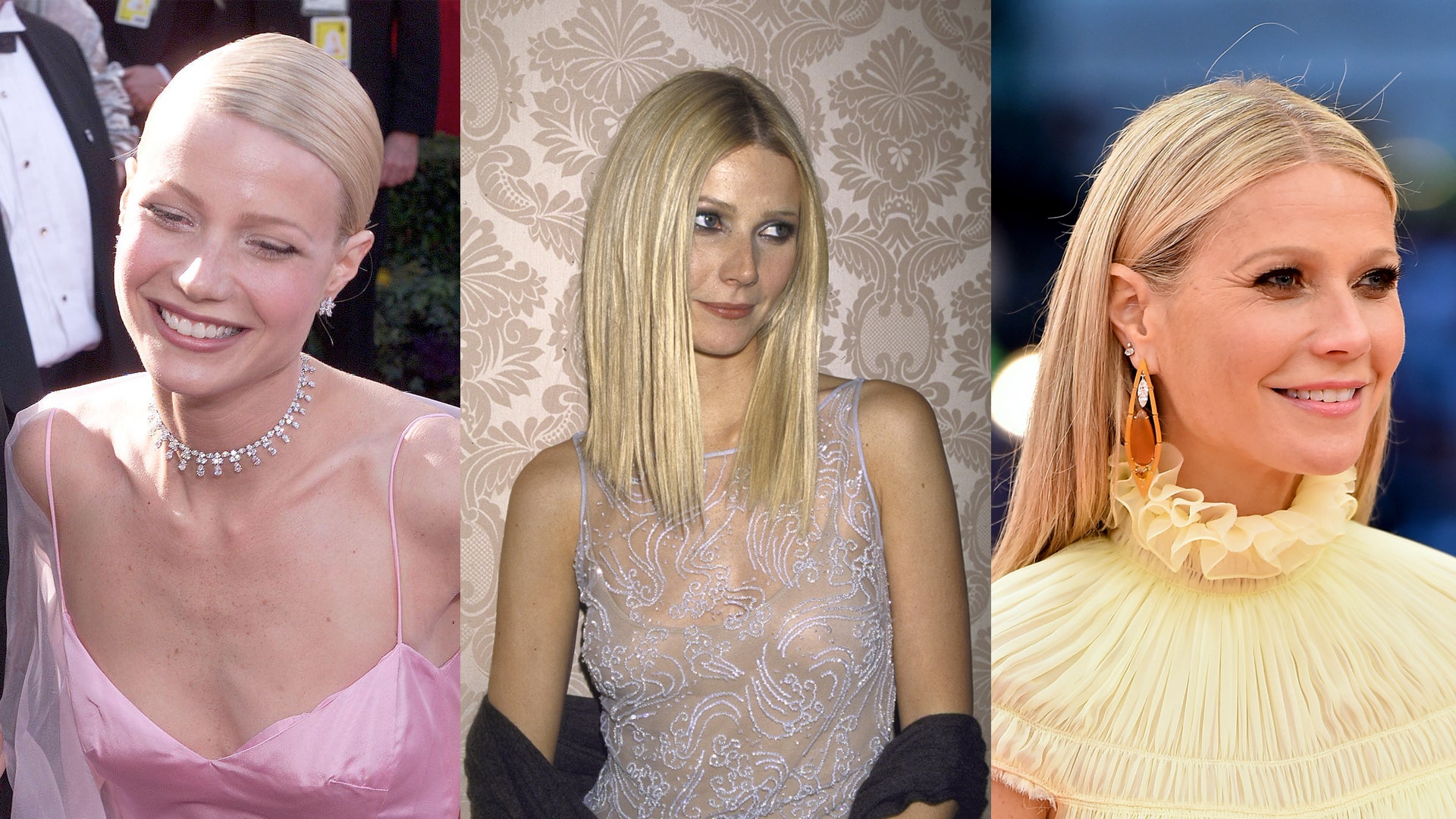 Gwyneth Paltrow puts it quite bluntly for Vogue’s “Life In Looks” as she is flipping through her most megawatt outfits. “If I’ve learned one thing, it’s how to not show your vagina on the red carpet.” She’s referring to her 2012 Met gala look. The Prada outfit was originally a top and a skirt, but Paltrow chucked the skirt and just opted for the top. “You got to get the weapons out.”

Paltrow has had a strong sense of personal style, from her earliest days in the Hollywood scene as well as those with Brad Pitt. In the video, Paltrow unearths an iconic photo of her and the actor, whom she dated from 1994 to 1997 and was briefly engaged to. The beautiful duo are pictured hand-in-hand, and a young Paltrow wears a leather jacket. “He was so nice and we were a very ’90s couple. I know that the Calvin Klein leather jacket is one of my favorite pieces. I’ve always dressed with jeans and a white T-shirt,” she says.

And while Gwyneth has been praised for her off-duty style, her red carpet looks are also history-making. For example, her iconic Tom Ford–era Gucci red velvet suit. “I was obsessed with what he was doing for Gucci.” Aren’t we all? Another unforgettable look to note is her Alexander McQueen goth gown that she had worn to the 2002 Oscars. “Everyone really hated this, but I think it’s kind of dope,” she says.

And then there are the onscreen moments, notably that green look from the 1998 film Great Expectations. As to why the Donna Karan two-piece set has remained one of the most important Paltrow looks? Her explanation is simple. “I think partially because this scene is so sexy because Ethan and I make out,” she says.

That blasé-gone-chic mindset is part of what makes her own line, G. Label, flourish. Her outfit for the Goop Lab premiere was a G. Label sexy-meets-casual look consisting of a itty-bit white bustier and wide-leg pants. “For the most part, I’ve alway gravitated towards clothes that are strong and feminine and kind of classic,” she says, adding. “I’m not that flamboyant so my clothes haven’t been that flamboyant, and I think I’ve really translated that sensibility to G. Label.” Talk about Gwyneth to the core.