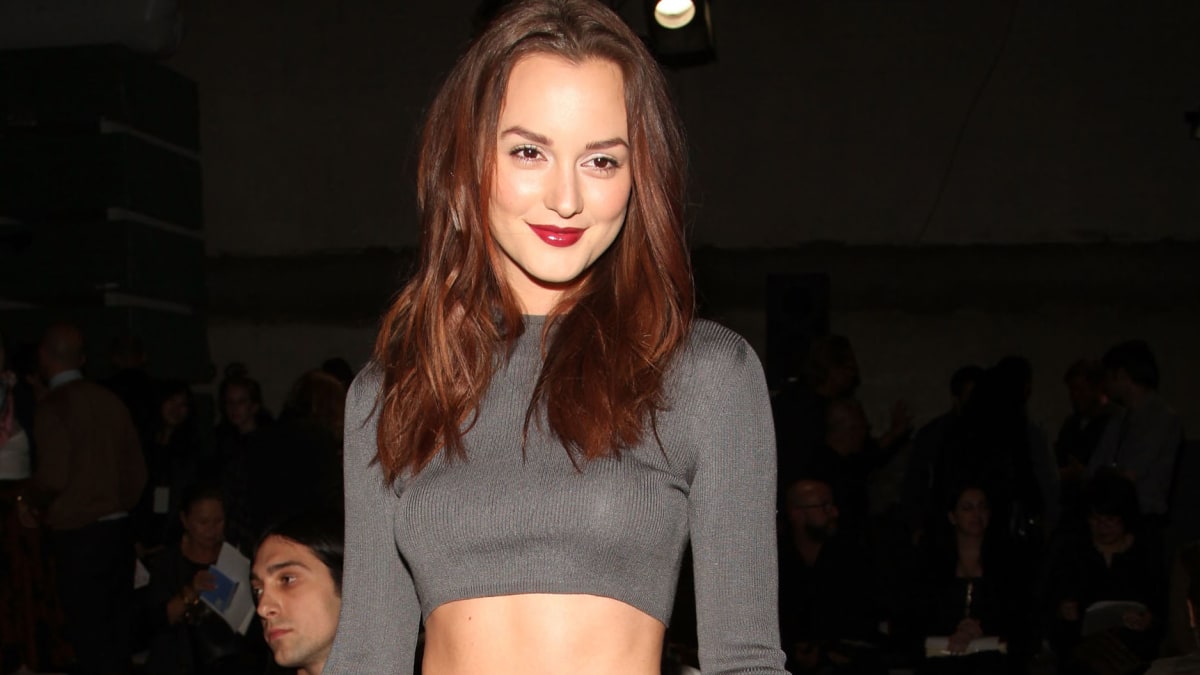 So many of my favorite Leighton Meester looks from the "Gossip Girl" era are ones that are a far cry from the Blair Waldorf aesthetic. And, to be fair, that describes a lot of them: If you go through pictures from when the show was on air — especially from after it became a massive hit — it does seem like the actor made a considered effort to wear things that were more aligned with, say, the downtown fashion scene than with the Upper East Side: edgier, shorter, with more cut-outs. (Case in point.) She was playful and down to try different styles, fits and designers. One of her go-tos? The super buzzy, CFDA Award-winning New York label Proenza Schouler.

Much like Blair, though, Meester became a New York Fashion Week fixture, sitting front row at some of the most talked-about shows on the lineup, from 3.1 Phillip Lim to Altuzarra to, yes, Proenza Schouler. Her look to the latter's Spring 2011 debut, especially, epitomizes The Outfit at that moment: a super-cropped, long-sleeved fine knit top styled with a flannel-look wrap-front mini skirt, high heeled platform boots and a riff on the brand's hit PS1 bag. If we were to draw a parallel here, this seems like something Blair might pick out for a night out with Lonely Boy in Brooklyn, no?

Try a summer update on Meester's 2010 look with the pieces in the gallery below.