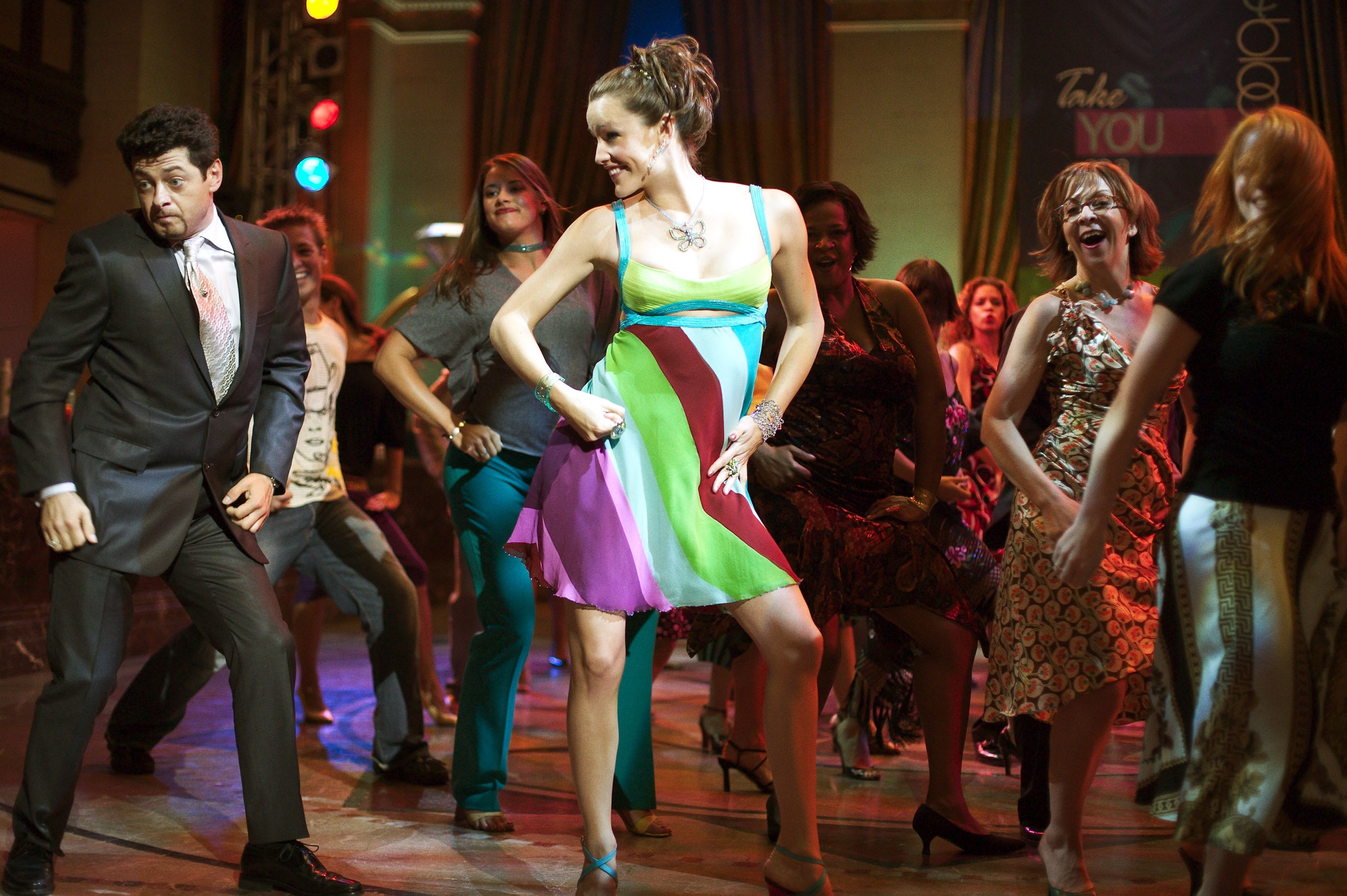 Generally I try to stay away from prophesying, but if you’ll indulge me for one second, I have a prediction: You’ll be seeing a lot of Jenna Rinks this Halloween. The rainbow-striped dress the character from 13 Going on 30 is best known for is not quite as popular a costume as, say, Cher Horowitz’s yellow suit, but it’s been enjoying newfound relevance over the last year, thanks in no small part to TikTok.

It all started with Christa B. Allen, who played 13-year-old Jenna in the movie and now re-creates its scenes on TikTok—which often go viral. They’re so enjoyable largely because Allen has grown up to look quite a bit like 30-year-old Jenna, played by Jennifer Garner, but also because Allen gets the costumes exactly right, reminding the viewer why they were so obsessed with Jenna in the first place.

Rink, at the start of the movie, is an insecure teen who abandons her best friend in an attempt to fit in with the popular crowd. After an ill-fated game of seven minutes in heaven, she storms into her closet and makes a wish to be—say it with me—30, flirty, and thriving. She gets her wish and wakes up as a magazine editor at the glossy fashion publication Poise. As proof that she has gotten everything she ever wanted, her best friend is the middle school queen bee (Judy Greer).

A teenager in a 30-year-old’s body, Rink navigates her new life with naivete and excitement, as evidenced in one scene where she dresses up for her magazine’s big party. Instead of going for a slinky, emerald green corset dress (as Greer’s character does) she goes all out with a rainbow-striped Versace mini with a cutout under the bust, a butterfly necklace, and loads of pink lip gloss. She then reminds the stuck-up fashion crowd what it means to have fun by getting them to do the “Thriller” dance at the party. You see? Everyone benefits from some childlike wonder.

The dress in the movie was look 5 from Versace’s spring 2003 show in a different colorway. Vogue’s Sarah Mower wrote in a review of the collection, “What’s Donatella Versace to do when the whole world seems to be going shorter, brighter, and more colorful? Do it shorter, brighter, louder, and, of course, better.” Well, the pendulum is swinging back in that direction, so it makes sense the dress is enjoying a comeback as well.

But it goes a bit deeper than just saying, “Y2K is back so this iconic rom-com outfit will be too.” The specific search phrase “13 Going on 30 dress” has been steadily rising for the past year, beginning in early November 2020 and spiking in July 2021 and again this month. Though Allen has re-created other scenes from the movie, last Halloween she dressed up as Rink in that Versace dress and rerecorded the entire makeover scene for her TikTok, down to the clumsily applied false lashes. It was TikTok gold, and 4.1 million people double tapped.

“I originally ordered a dress from an Etsy seller named Wanda Cobar who makes them by hand—I was so grateful she rushed the order and got it to me in time for Halloween,” Allen told me over email. Cobar specializes in re-creating Hollywood costumes (including Cady Heron’s black-and-pink tube dress from Mean Girls) and is currently on hiatus as she is “completely booked for Halloween,” per her Etsy shop. The made-to-order dress is listed at $479, but it is a facsimile of the costume.

Retailers have picked up on the popularity of the dress as well and made their own less expensive, less accurate versions. In July, an enterprising TikToker found a $13 version of the dress on Amazon. The e-tailer Cider also released an adjusted iteration of the dress—identical to the Amazon one—in June for $18. The colors are more muted (and tie-dye), but the signature rainbow-striped skirt and underboob cutout make the reference point clear. Since it took off in the summer, it stands to reason that people were wearing it just as a going-out dress and not necessarily a costume. “Many of our pieces are perfect for Halloween, as when we designed them we had all the social occasions and references in mind,” Fenco Lin, the cofounder and chief fashion officer at Cider, told me over email, adding that the company expects to see an uptick in sales around Halloween. “We love that it can be worn as a Halloween outfit as well as an everyday party dress.”

Allen thinks the dress resonates because the die-hard fans of the film are, well, die-hard fans. “What continues to surprise me is how fans of a particular show or character never tire of talking about it or seeing it. Did you see they are making another movie about Marilyn Monroe? Seventy years later, she is as relevant as ever. Once an aspect of media has entered the zeitgeist, it’s there to stay.”

Though she is now 29 (turning 30 in November), Allen fondly remembers her time on set, when she first thought that Rink and Garner were “the coolest,” and isn’t surprised that the dress has withstood the test of time. “The choice to use that iconic Versace dress in that scene was no accident,” she says. “Our costume designer on the film, Susie DeSanto, would fit us for hours and hours and hours. I’ve never tried on so many clothes in my life. She wanted to ensure the costumes were perfect, and they were.” And with the early 2000s roaring back in fashion, it’s time to crank up “I Wanna Dance With Somebody,” put on your best baby blue eyeshadow, and hit the town as Jenna Rink, big-time magazine editor.