Originally published in
Who What Wear 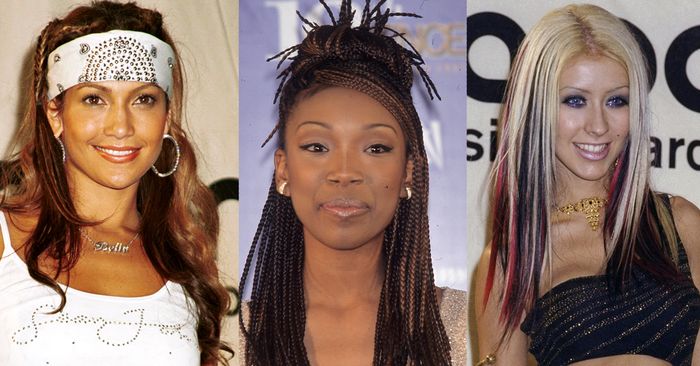 After several years of all things ’90s retaking fashion and beauty trends, it seems a natural progression that the 2000s followed suit. But if the ’90s were known for sleek, minimalist looks, the decade after them was known for just the opposite. “Hair in the 2000s was wild because everyone was trying to do something a little different that no one had seen before,” says celebrity hairstylist and Color Wow artistic director Joseph Maine. “There were really no limits and people were experimenting with different textures and accessories. It was a playful time for style.” And playful is right. From dramatic hair colors to iconic (and unique) haircuts, hair in the early aughts was in a beauty league of its own.

Although some of today’s fashion icons like Bella Hadid and Megan Thee Stallion are no doubt inspired by this time in fashion and beauty history, it’s evident that some styles may stay firmly in the past. Keep scrolling as we look back at 20 of the most memorable looks from the era (crimping included!), along with Maine’s expert insight.

Lopez famously topped off her braided hairstyle at the 2000 MTV VMAs with a white bedazzled bandana that matched her outfit.

We couldn’t help but wonder… if SJP hadn’t let her natural curls run loose, would Carrie Bradshaw’s style—and in turn, Sex and the City itself—be so iconic?

Berry’s is arguably one of the all-time great short haircuts from any era. “That pixie cut will really never go out of style, especially if you have the bone structure that Halle does,” says Maine.