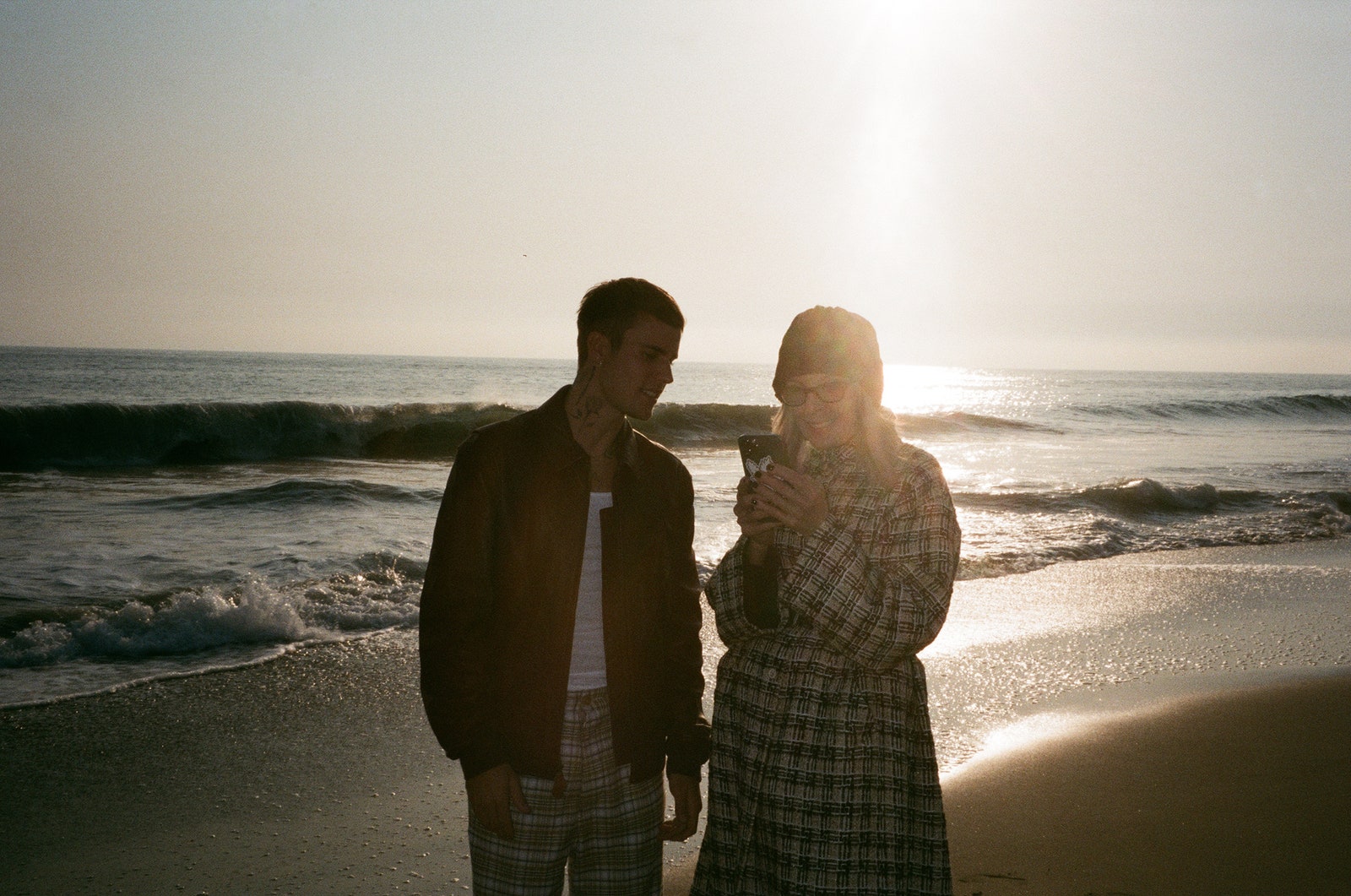 Justin Bieber plays the role of doting grandson in his new music video for “Ghost.” Following the death of his grandfather, the singer reconnects with his grandmother, going on long walks with her along Ventura Beach, updating her dating profiles, and taking her out for a night of cocktails and dancing. It’s a sweet story on its own, but his fictitious grandmother happens to be played by none other than Oscar-winning actor Diane Keaton—the chicest grandmother one could ask for.

Vogue has an exclusive look at the video, which releases tomorrow and is directed by Colin Tilley. Turns out, Bieber handpicked the style icon to star as his grandmother. “He called me up and I said, ‘yeah, sure,’” Keaton tells Vogue. “I thought the song was wonderful.” Compared to, say, memorizing your lines and marks for a feature film, Keaton says she enjoyed the more fluid approach to acting for her first music video. “This was just sheer fun,” says Keaton. “All my life, I’ve been an actress and had lines, and sometimes I’ve gotten to loosen them up a little—but this was just completely loose and relaxed. Nobody ever [told me to do] anything, which made it so much fun.”

No music video—even one with a heartwarming message—would be complete without some looks. An eccentric style icon in her own rite, Keaton brought her own outfits (and hats!) to set.  “The outfits were indicative of my style because they’re mine,” says Keaton with a laugh. “Some of the outfits are from my closet. I had some wonderful things from Gucci.” In one scene, we see Keaton and Bieber driving in a Corvette convertible together. Keaton wears an elegant, checked Gucci coat, while Bieber wears an Aimé Leon Dore bomber jacket with Marni pants. “That coat is really killer for me. It’s my favorite,” says Keaton. “A coat is the greatest thing in the world for a person like me, who’s kind of odd. Let’s face it: I’m willing to accept the fact that I’m a little odd.”

In another scene, Bieber buys Keaton a new outfit and takes her out on the town. Justin wears a vintage rugby top and Balenciaga jeans; Keaton wears her own chic Comme des Garçons coat with an extra-wide belt (a Keaton signature). Even the more sombre scenes have a refined look, too. At the grandfather’s funeral, Bieber wears a Saint Laurent suit, while Keaton wears a black Louis Vuitton jacket. Through it all, Keaton wears her signature dramatic chapeaus, including her favorites by Nick Fouquet, Thom Browne, and Mark Baron. “I don’t count my hats, but I’ve kept all my old hats,” she says. “For me, a hat is a friend.”

Fabulous outfits aside, it’s clear that Keaton and Bieber have a natural rapport in the clip. Keaton adds that the singer was a laid-back collaborator. “He’s totally charming,” she says. “He had to have his arm around me when we were walking into the ocean....If I felt like hugging him, I’d hug him. He was stuck with me. I kept thinking, ‘Oh, this poor guy.’” Surely, the pleasure was all Bieber’s.