Chris Paul is GQ’s Most Stylish NBA Player of 2021 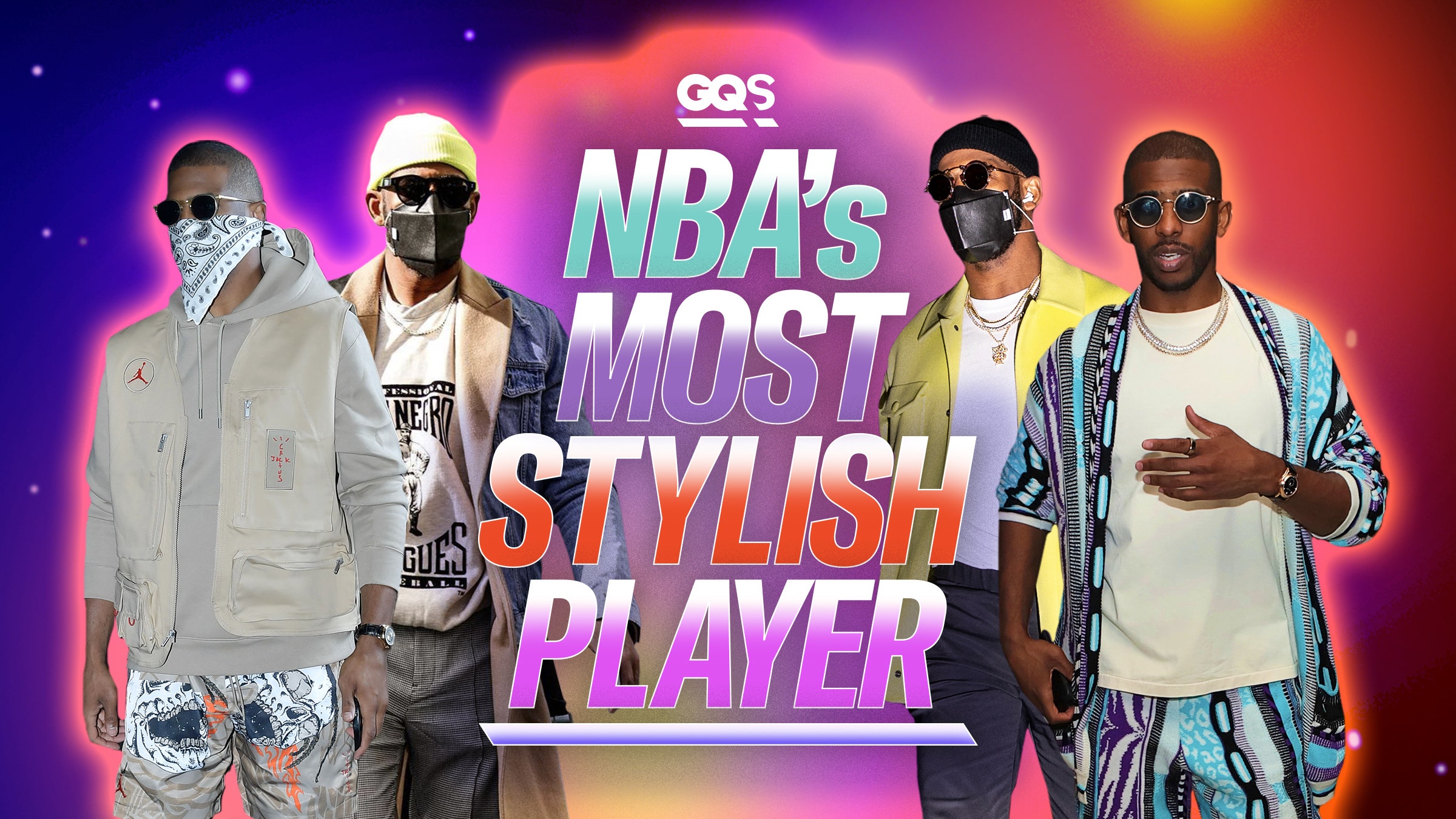 Chris Paul Is the NBA's Most Stylish Player

Over four days of voting for GQ's Most Stylish NBA Player, and 16 hopefuls, one man made it through: Chris Paul. The 16-year NBA veteran has been a leading presence for the Suns on the court, and a powerful presence in the tunnel. His run of HBCU-inspired fits during the 2020 bubble and HBCU-honoring look at this year's All-Star Game, assembled with help from CP3's stylist Courtney Mays, showed a man who wasn't just dressing to look good—he was dressing to send a message. And this year, that message came through loud and clear: Chris Paul isn't messing around—on the court or off. For all that work, you, the people, granted him his first title: NBA's Most Stylish Player, 2021. Judging by how he's playing right now, it might not be the last chip he gets this month.

Game 1 of the NBA Finals is in the books, but unlike the league, we're not going to draw this out for three to six more nights. Twenty-four hours from now, GQ will crown the NBA's Most Stylish Player. In the purple-and-gold corner, we have LeBron James; in the purple-and-orange corner, Chris Paul. The old guard survived an onslaught of upstart young'uns and stylish journeymen to meet for one—possibly final—battle for Fit Supremacy.

The Conference Finals: And Then There Were 4

Welcome back from your long weekend, which has also been a long weekend for 12 of our 16 Most Stylish hopefuls who weren't able to make it through to this, the conference finals. (There are no conferences, but still.) In the battle of Young Gun vs Elder Statesmen, Chris Paul dispatched Shai Gilgeous-Alexander. (Though we suspect SGA will be a fixture in these brackets—and probably the All-Star Game—for years to come.) Jordan Clarkson came out on top over Kelly Oubre. As on the court, LeBron James continues to defy time, having taken out Serge to stay alive.

And then there's what may, in some ways, be the biggest upset we've seen: PJ Tucker took down Russell Westbrook by a mere 30 votes.

Now it's PJ vs CP3, and Bron against Jordan Clarkson. Get over to the GQ Sports Instagram and vote, goddammit.

The Semis: Let's Get Serious

Much like the real NBA playoffs, we witnessed chaos in action during the first round of GQ Sports' Most Stylish NBA Player bracket. Kelly Oubre knocked out James Harden! Serge Ibaka wrapped a giant scarf around his neck, went to battle with certified Fit Legend™ Kyle Kuzma, and emerged a victor. Admittedly we engineered some of that aforementioned chaos when we pitted Chris Paul and Devin Booker against one another in some Sun-on-Sun violence—the Point God won, proving that the man can't be stopped, on court or off.

Who'll make it to the semis?

This year’s NBA Playoffs have been defined by how different everything feels. LeBron didn’t make it out of the first round. Chris Paul managed to make it past the second. Trae Young—Trae Young!—ascended to full-on star status. This will not be your average Finals. But even in a topsy-turvy year, one thing remained a happy constant: the NBA is still the most stylish sports league on earth, and its stars still spent the season strolling through arena tunnels while getting off enormous fits. And so, with the 2021-22 NBA season approaching its end, it felt like the right time to crown a champion—of, y’know, getting dressed. Welcome to GQ's annual Most Stylish NBA Player Bracket.

The 16-player bracket is stacked, the matchups breathtaking. Russell Westbrook may try to take home the crown without once covering his belly button. P.J. Tucker decided he wanted to win so badly that he dropped a sneaker with Dolce&Gabbana and talked to us about it during the playoffs. Shai Gilgeous-Alexander, fresh off a season as perhaps the most stylish young player the league has seen in years, is a dark-horse candidate to make a run at the chip. Teammates Chris Paul and Devin Booker will battle it out in the first round for generational (and Phoenix metropolitan area) supremacy. Unlike the real playoffs, LeBron James is still here, healthy, and still very much capable of taking home the title.

The league’s 16 strongest fit connoisseurs face off, starting NOW, in a 5-day, 5-round competition to determine the league’s best-dressed player. Each round lasts for 24 hours. And it’ll all take place on GQ Sports' Instagram. Cast your vote every day—and stick around to see who hoists the GQ Most Stylish NBA Player trophy at the final buzzer.