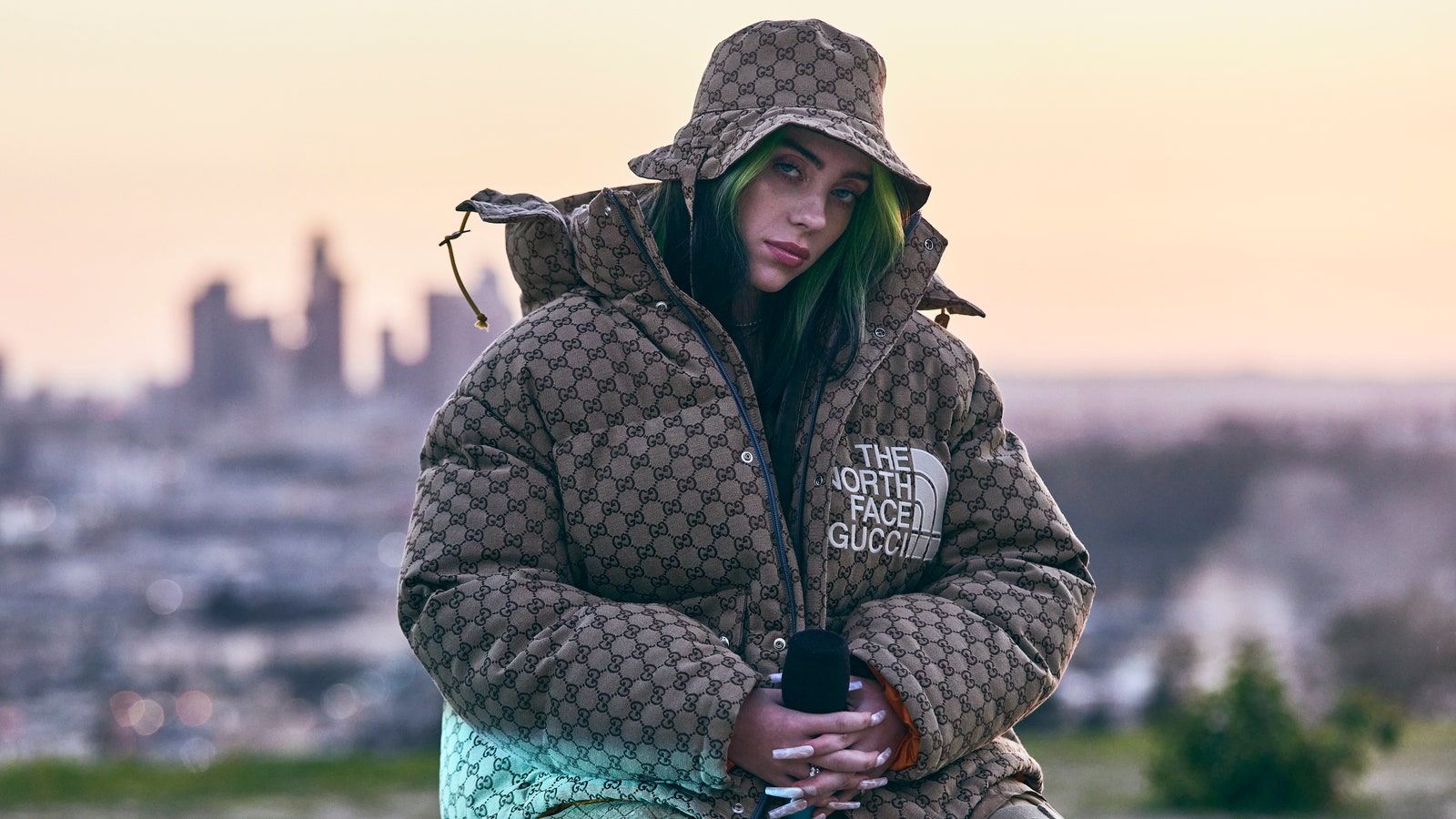 Billie Eilish has never been afraid to speak her mind. Whether it’s certain corners of the internet’s habit of viewing young and opinionated women (like Billie) with thinly-veiled disdain, or the body shaming she’s had to endure herself while growing up in the spotlight, she’s not here for any of it.

Eilish, at that point famous for her distinctive uniform of oversized skatewear, face masks and lurid green roots, continued: “If what I wear is comfortable, I am not a woman. If I shed the layers, I am a slut. So while I feel your stares, your disapproval or your sighs of relief, if I lived by them, I’d never be able to move.” The singer addressed body image, too. “Would you like me to be smaller? Weaker? Softer? Taller? Do my shoulders provoke you? Does my chest? Am I my stomach? My hips? The body I was born with, is it not what you wanted? Though you’ve never seen my body, you still judge it and judge me for it. Why? You make assumptions about people based on their size. We decide who they are. We decide what they’re worth.”

It was far from the first time this fascinating young role model offered up food for thought. As the generation defining, multiple Grammy-winning artist covers the June issue of British Vogue, we look back on some of her best quotes yet.

The June 2021 issue of British Vogue is on newsstands on 7 May.

“In the public eye, girls and women with strong perspectives are hated. If you’re a girl with an opinion, people just hate you,” Eilish told the Los Angeles Times in 2018. “There are still people who are afraid of successful women, and that’s so lame. What’s the point of pleasing other people? You’ve got to get out and change the world, and we’re the generation that’s going to step into that.”

On being comfortable in your own skin

“I wear what I want to wear. But of course, everyone sees it as, ‘She’s saying no to being sexualised,’ and, ‘She’s saying no to being the stereotypical female,’” Eilish told V Magazine in 2018. “I have always supported and fucked with and just loved when a woman or a man or anyone in the world feels comfortable in their skin, their body, to show just whatever they want. I don’t like that there’s this weird new world of supporting me by shaming people that [may not] want to [dress like me].”

On being your most authentic self

“I saw comments like, ‘How dare she talk about not wanting to be sexualised and wear this?!’” she said in an interview of the comments she received after posting a bikini photo online. “It was trending. There were comments like, ‘I don’t like her anymore because as soon as she turns 18 she’s a whore.’ Like, dude. I can’t win... If there’s a day when I’m like, ‘You know what, I feel comfortable with my belly right now and I wanna show my belly,’ I should be allowed to do that.”

“When people ask me what I’d say to somebody looking for advice on mental health, the only thing I can say is patience,” she told US Vogue in 2020. “I had patience with myself. I didn’t take that last step. I waited. Things fade.”

“My body is mine and yours is yours. Our own bodies are kind of the only real things which are truly ours,” she told GQ in 2020. “I get to see it and get to show it when I want to. Sometimes I dress like a boy. Sometimes I dress like a swaggy girl. And sometimes I feel trapped by this persona that I have created, because sometimes I think people view me not as a woman. So I dress the way I dress as I don’t like to think of you guys – I mean anyone, everyone – judging it, or the size of it. But that doesn’t mean that I won’t wake up one day and decide to wear a tank top, which I have done before.”

On being a role model

“I love having kids relate to me and tell me that I make them feel comfortable in their bodies,” she told Vanity Fair in 2020. “If I can do anything, I want to do that.”

On doing as she damn well pleases

“I like to be in control of how I look and how I feel and how I act and the obligation is to smile back at someone if they smile at you... I don’t think of myself as anything except me,” she told Billboard in 2017.