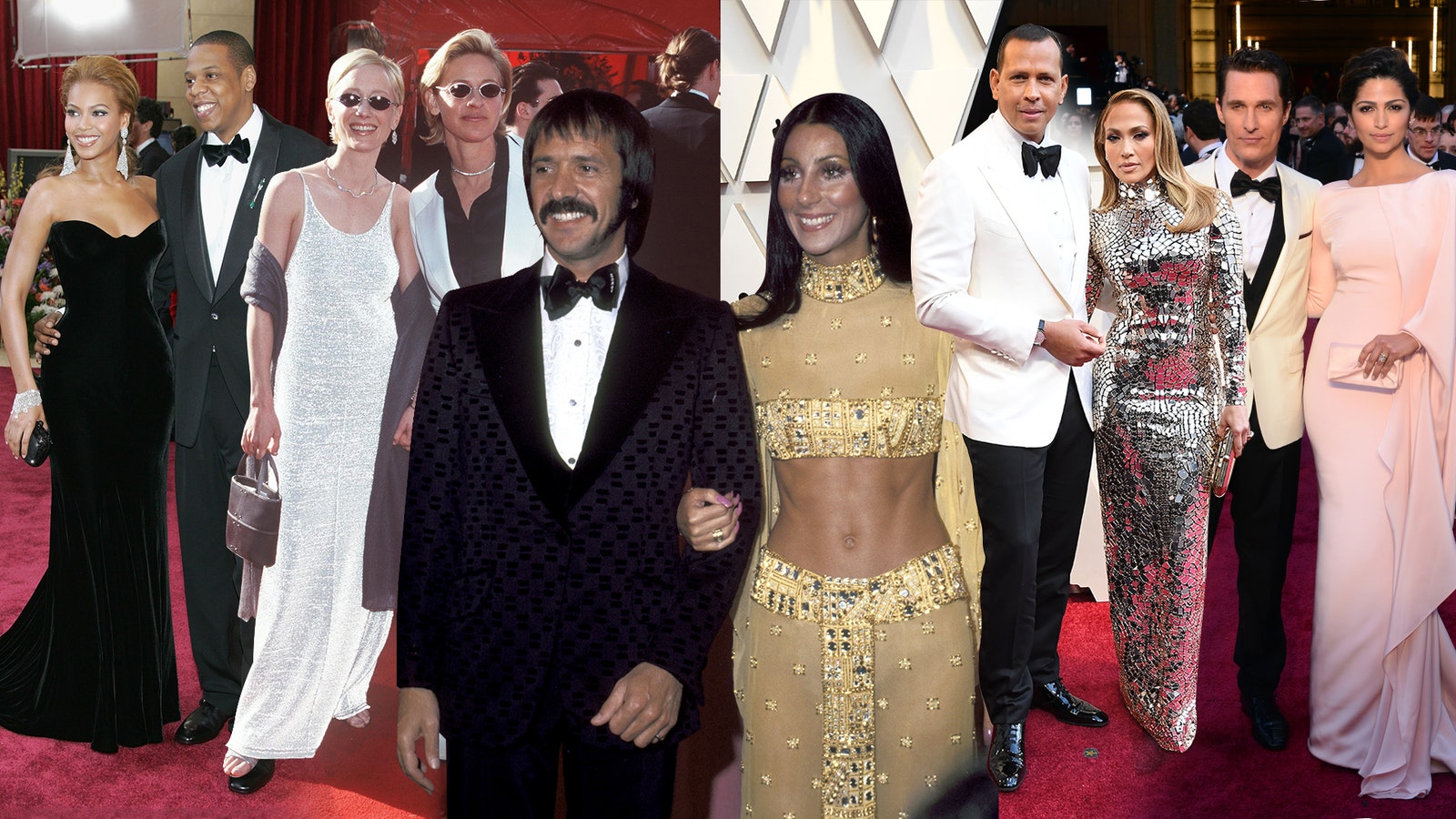 Next Sunday, the 93rd annual Academy Awards will be held in-person at the Dolby Theatre in Los Angeles. This year’s list of nominees guarantees the show will be chock-full of star power: Viola Davis, Frances McDormand, Riz Ahmed, and Carey Mulligan are just a few of the major stars up for the evening’s most coveted trophies. Better yet, all of these actors will be hitting an in-person red carpet beforehand in some of the most dazzling fashions of the moment.

In honor of the grand upcoming event, Vogue is looking back at past awards shows all week long—beginning with a focus on the hottest couples who ruled the red carpets of yesteryear. At last February’s ceremony, Natalie Portman made a powerful feminist statement in Dior, while her husband Benjamin Millepied complemented her in a classic tux that allowed her to shine. A year prior, Rami Malek and Lucy Boynton proved they’re one of Tinseltown’s chicest new couples, she rocking a purple Rodarte gown and he a modern Saint Laurent suit.

The 2000s and 2010s in general have served up a number of unforgettable style moments that were also twice as nice. Jennifer Aniston and Brad Pitt (when they were still together) hit up the red carpet together in 2000 doing classic Hollywood glamour: Aniston in a plunging V-neck dress, Pitt in a classic tuxedo. In 2005 Beyoncé and Jay-Z also attended the Oscars in a similarly elegant way: Beyoncé wore a velvety Versace gown, Jay-Z a timeless tux.

Looking back even further, to the ’90s and beyond, other impeccably dressed couples have included Will Smith and Jada Pinkett Smith, who in 1997 even did matching metallic greens. In 1973 Sonny and Cher stepped out in iconic ensembles that still stand up today: Cher wore an ab-revealing embellished gown by Bob Mackie (her go-to designer for several years of her career), and Sonny let her shine in a plushy tuxedo.

Jada Pinkett Smith and Will Smith, 1997 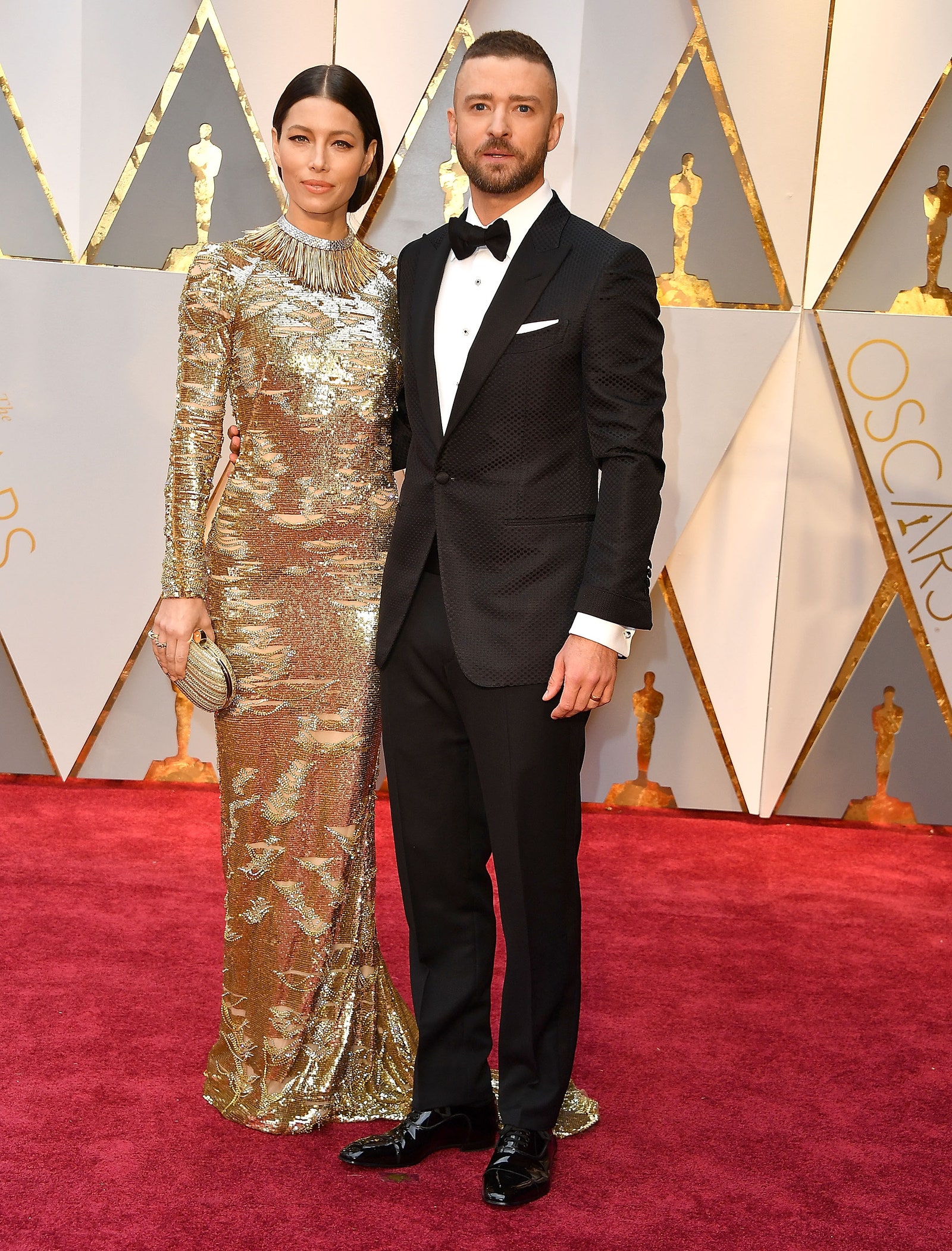 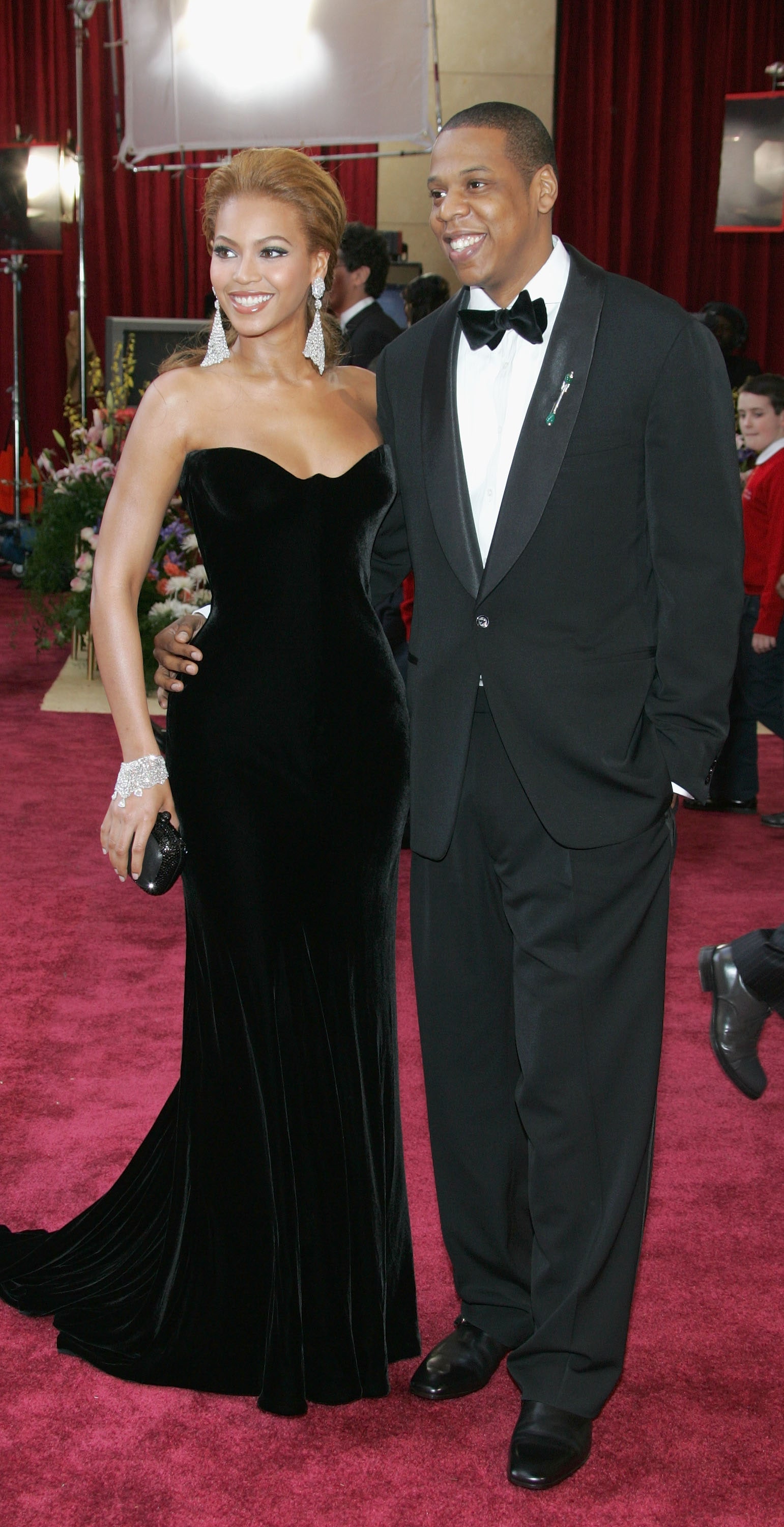